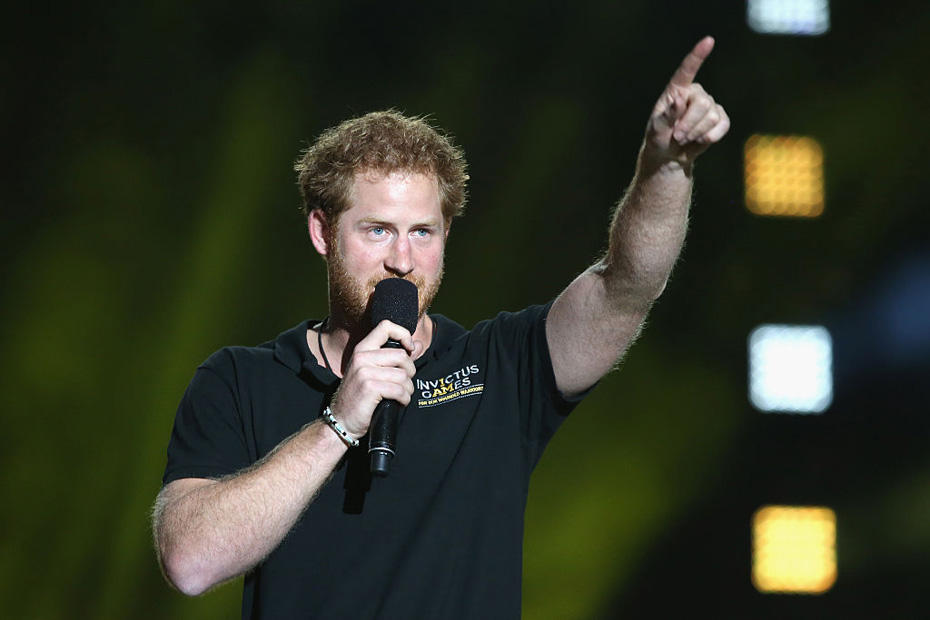 Queenslander Mark Urquhart, singled out by Prince Harry at the Invictus Games for wounded veterans, has returned to a rousing reception in Brisbane.

The 47-year-old Caboolture cycle racer, having already won gold in previous races, slowed down in the finishing straight of the 1500m race to help US veteran Stephen Simmons.

Mr Urquhart allowed Mr Simmons to pass him and then helped push the American over the line to claim gold.

The moment was praised by Prince Harry during the closing ceremony of the games held over the weekend in Orlando, Florida.

“What could explain the remarkable sportsmanship of Mark Urquhart in sacrificing gold on the track to push Stephen Simmons into first place,” Prince Harry said.

Mr Urquhart said he had met Prince Harry many times previously but did not know he was going to mention his name on stage.

“On the following day we spoke about it and he [Prince Harry] actually apologised for using my name as he didn’t come and see me first to see if it was OK,” he said.

“I said, ‘Harry, you can use my name wherever you want … just sayin’.”

The Invictus Games encourage wounded and injured servicemen and women to use the power of sport to inspire recovery and rehabilitation.

Mr Urquhart said helping his American competitor was something many Australian soldiers would do.

“Steve was struggling that day as it was extremely hot and his arms were fatiguing,” he said.

“As a fellow solider I just reached out and helped him.

“Both him and his wife and his family came up and had so much gratitude for what I had done.

“It was just an Australian solider thing to do, to help another solider out.”

Mr Urquhart won gold in the 100m, 200m and 400m cycle races and bronze in the rowing which he said was unexpected.