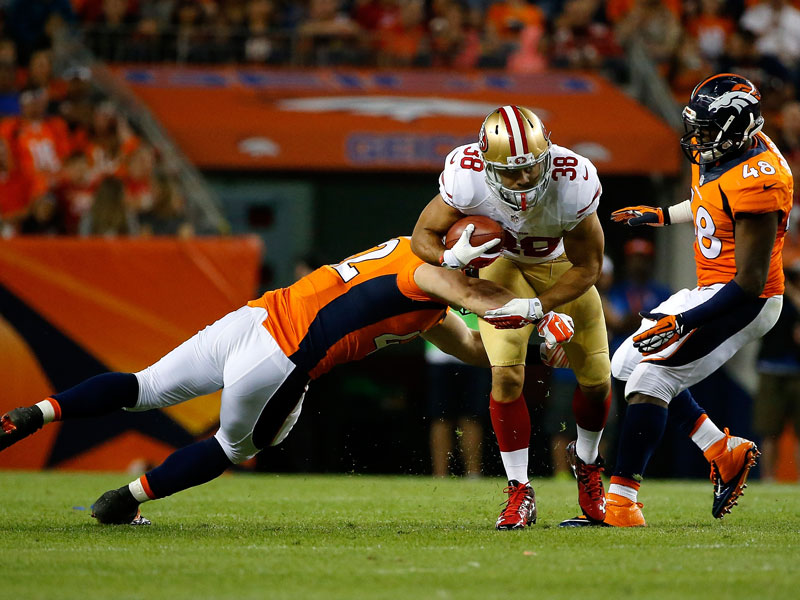 Hayne, 28, shocked the Australian sporting world on Monday morning (AEDT) by announcing he would quit the NFL to pursue his “dream” of representing Fiji at the 2016 Rio Olympic Games.

Lewis, one of rugby league’s Immortals, said that Sevens was “very different” to league or union, and that Hayne would need to make significant adaptions to be successful in the code.

“Sevens is very different from the 15-a-side game,” he told The New Daily.

“Rugby league is different enough, but with Sevens it is one of the most open, attacking and physically draining games that you can play.

“You’ve got to keep the ball available and restrict your opposition from having it for vast amounts of time. Playing out wide in rugby league [is the most similar].

“He is able to boast a fairly successful career [in that] … the skills that are required, he has displayed plenty of those previously.”

While Lewis was uncertain about whether Hayne had the aptitude to make Fiji’s Sevens squad and feature at the Olympics, he had no doubts about Hayne’s fitness levels.

It has been suggested that the body type he built for the NFL would not be suited to the hectic speed of Sevens, which is centred on ballistic ball movement and repeated sprints.

But Lewis said Hayne had never struggled with fitness.

“I heard somebody say something about his fitness levels not being high enough,” Lewis said.

“But you’d only know that if you’d been training beside him every day.

“He still looks to be in pretty fair shape – and he always has been.

“I’d be very surprised if he didn’t have supreme fitness levels. They are required to play over in the US.

“He has shown in everything that he has done so far [that being fit] has been fairly comfortable for him.”

Speaking to reporters in London on Tuesday morning (AEDT), Hayne said he was only “taking baby steps at the moment”.

“The biggest thing will be a lot more running that’s something I’m looking forward to.”

Hayne’s decision to quit the San Francisco 49ers after one year in the NFL has heaped pressure on Fiji rugby Sevens coach Ben Ryan.

Fiji is ranked number one in the world for Rugby Sevens and are favourites to win gold in Rio.

When asked why Fiji was keen to take on a star player like Hayne, a clearly annoyed Ryan told reporters: “If you are good, you want to get better.”

Ryan cut the press conference short, accusing media of being rude to a security guard who interrupted the interview to order journalists to move only two metres back.

Hayne is the son of a Fijian father, Manoa Thompson. He did not visit Fiji until his early 20s, but said the experience changed his perspective on life.