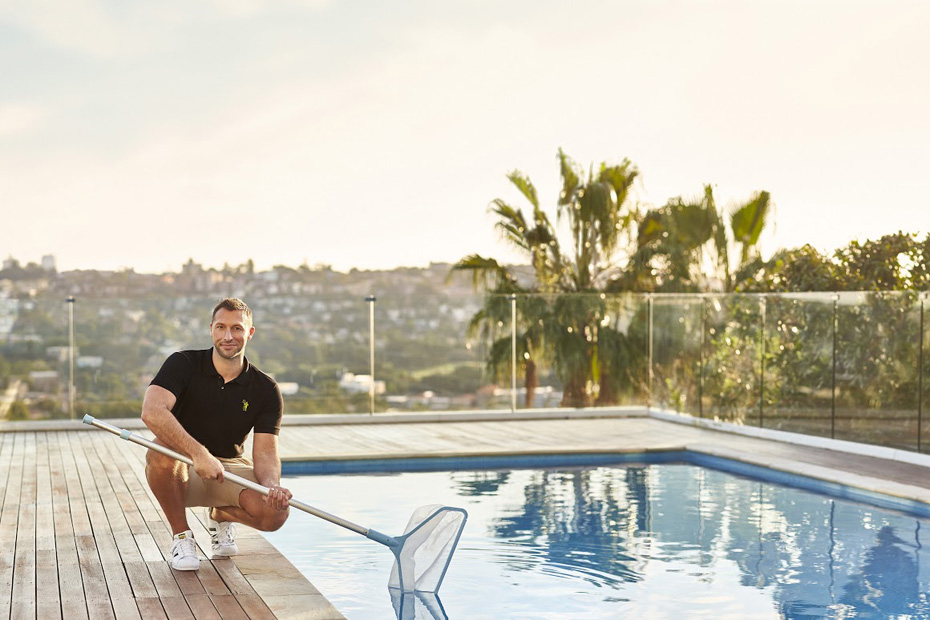 On Friday afternoon, Australian swimming champion Ian Thorpe pretended to launch a premium pool cleaning service, only for it to be unveiled as a hoax two days later.

What many had thought was a curious career move was revealed to be an Optus advertising campaign, plugging a competition to send small business owners to the Rio Olympics.

But not before many Australians believed Thorpie was actually switching careers.

“After months of keeping it on the down low, I’m excited to launch my next venture,” teased Thorpe to his Twitter followers on Friday, along with a link to the new ‘Thorpedo Pool Cleaning’ website.

The website featured a bizarre, high-production video, in which the swimmer channeled cult film character Derek Zoolander while lightning and thunder bellowed dramatically in the background.

“How does one clean what they cannot hold?” asked Thorpie in dulcet tones, holding a pool net proudly against a dark background.

With all the pouting and satire, it was difficult to know whether the sporting legend was pulling our legs, or committing marketing genius.

It turned out to be the latter. Optus released an obviously satirical three-minute mockumentary about the athlete’s move into the small business world on Sunday.

Watch the mockumentary below:

“This is my office, it used to be my garage,” explained Thorpie as he gave a ‘tour’ of his startup venture in the film.

Motioning to a drawer in the corner, the swimmer explained it was where he kept his “five gold medals … and petty cash”.

Clearly tongue-in-cheek, the video had a lot in common with Chris Lilley’s We Can Be Heroes. Even the soundtrack seemed a nod to the hit Australian TV show.

“Being able to clean pools for people now, it’s like I’m cleaning their soul,” said Thorpe with a straight face as he demonstrated different cleaning techniques.

Friday’s marketing ploy clearly sucked some people in. Some Twitter users claimed they’d be willing to install a pool in order to have Thorpie clean it, and a number of news outlets reported the venture as fact rather than fiction.

Advertising expert and consumer advocate Christopher Zinn told The New Daily that although the concept was unlikely to offend, it seemed “a little half-baked” to him.

“I can’t see the link with telecommunications but maybe that’s deliberate,” he said.

Mr Zinn said it was difficult to predict how consumers would react to the advertising trick, but they were unlikely to feel duped by the stunt as it wasn’t as “outrageous” as it could have been.

“I’d love to hear Optus’ reasoning behind the campaign,” he said, noting that the grab for attention was likely to engage users with the brand, and hopefully for Optus, purchase one of their services.