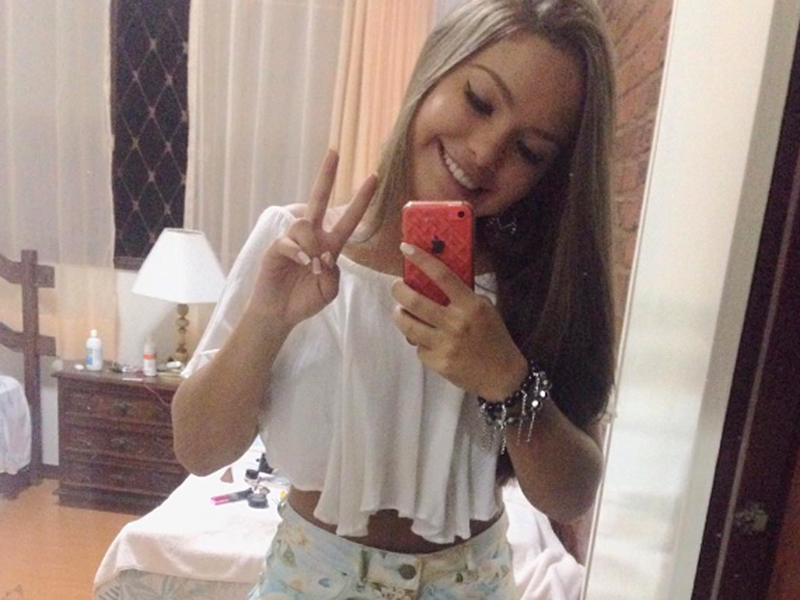 The tragic shooting of a 17-year-old girl has prompted fears for the safety of tourists travelling to Rio de Janeiro for the 2016 Olympic Games.

Ana Beatriz Pereira Frade was shot in the head on the weekend while sitting in the passenger seat of her stepfather’s car on a main road connecting the Rio airport to some of the 2016 Olympic venues.

The car was surrounded by a gang of armed bandits, according to reports. The shot was allegedly fired when her stepfather tried to drive through the blockade to escape.

Ana’s stepfather and a baby in the backseat of the car escaped unharmed.

The teen was on her way to the airport to surprise her mum, who she hadn’t seen for some time, when the incident occurred.

News of the killing prompted Brazil’s 2002 FIFA World Cup winner Rivaldo to warn the world via social media that the city was too treacherous for 2016 Olympics fans to visit.

Along with a photo of the girl, the 44-year-old football legend posted this message on Instagram: “Bandits killed this girl [of] 17 years.”

“The thing is getting uglier in Brazil. I advise everyone who intends to visit Brazil or come to the Olympics in Rio to remain in their country of origin,” he wrote.

“Here you will be in danger of life.

“Not to mention public hospitals that are unable [to cope] and all this mess in Brazilian politics.”

The ex-Barcelona attacker and AC Milan UEFA Champions League winner lives in the United States with his family.

Official government figures from Brazil showed there were 1202 fatal crimes in Rio de Janeiro in 2015.

Earlier this year, a local business owner filmed muggings by youths in his street in broad daylight between December 2015 and January 2016. The vision included tourists and locals being forcibly robbed of jewellery and other valuables.

The Australian Department of Foreign Affairs and Trade advised those travelling to Brazil for the games to take a “high degree of caution”.

“The incidence of violent crime, including muggings, armed robbery, home invasions, and sexual assault, is significant in Rio de Janeiro and other large Brazilian cities,” DFAT said in a statement.

The 2016 Rio Olympics run from August 5 until August 21. The Paralympics follow from September 7 to 18.

Games ‘should be moved’: expert

Rivaldo’s claims came months after fears that the outbreak of the Zika virus would put women travelling to the games at risk.

Harvard Public Health Review’s Dr Amir Attaran recently argued that holding the Olympics in Rio de Janeiro could cause a “full-blown global health disaster”. He wrote that the Games should be moved or postponed.

“It cannot possibly help when an estimated 500,000 foreign tourists flock into Rio for the Games, potentially becoming infected, and returning to their homes where both local mosquitoes and sexual transmission can establish new outbreaks,” Dr Attaran wrote.

Zika virus is carried by mosquitoes and is transferred to humans when bitten. The virus has been linked to causing brain and skull deformities in the babies of mothers with Zika.

Pregnant women or women thinking of becoming pregnant have been advised to avoid Brazil.