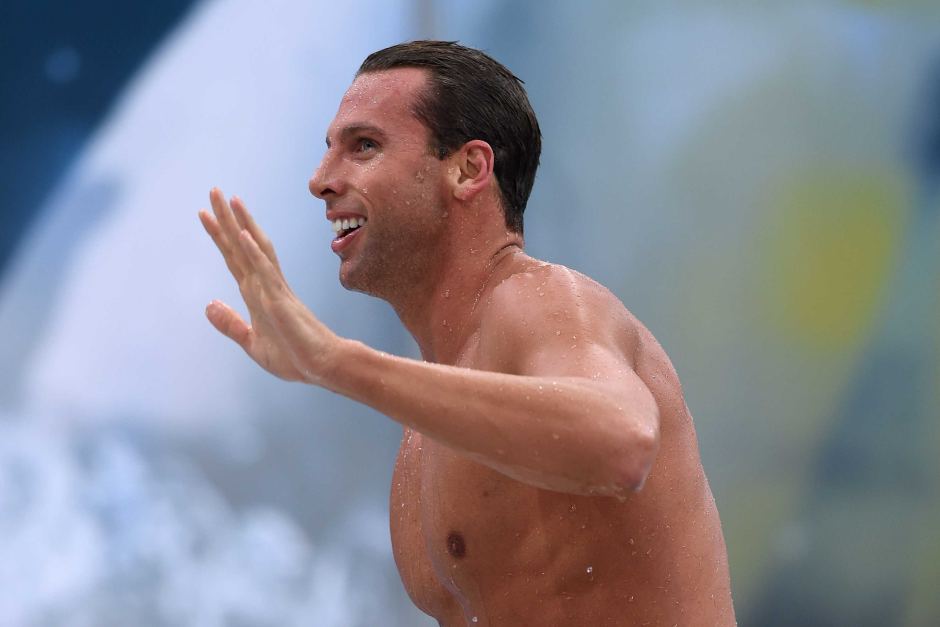 Even returning great Grant Hackett is surprised he’s poised to have a crack at making history at the Rio Olympic swimming trials in Adelaide this week.

And if he does become the oldest Australian swimmer to make a Games team, Hackett – 36 in May – reckons it would rate up there with anything he achieved in his heyday.

Yet in his mind the triple Olympic gold medallist never made an official return to the pool.

“I never actually made a comeback,” Hackett said ahead of the eight-day trials starting on Thursday.

“I still have trouble with the word because this is not what it is about for me.

“I jumped back in the pool for fitness.

“Then I got quicker. It’s a process that has unfolded for me – I never got ahead of myself.”

Yet Hackett is now daring to dream.

Even with a preparation disrupted by bronchitis.

Hackett said the illness earlier this year set him back months, prompting him to consider giving up on his Rio dream.

Then he remembered why he had returned to the pool in the first place.

“It was to have fun and not put any expectation on myself,” Hackett said.

“The good thing about getting sick was it brought me back to that.”

Hackett made headlines when he qualified for the 2015 world titles team after returning to the pool following a six-year absence.

He is set to turn heads again in Adelaide – much to his amusement.

Hackett admitted swimming was the last thing he wanted to do when he initially hung up his Speedos after the 2008 Beijing Olympics.

“There was no real love affair for the sport, going up and down that black line for 24 years made me just sick of it – I had enough for 10 lifetimes,” he said.

“So competing here again at an Olympic trials is a real surprise to me.

“I made my first team at 15. I still can’t believe I am still having a go at this.

“But I am back in love with what I am doing.

“For me at this age it is a personal challenge – how much more I can get out of myself?”

Hackett will enter the 100m, 200m and 400m freestyle in Adelaide but admits his best bet for a fourth Olympic campaign is earning a 4x200m freestyle relay nod.

Yet even a relay cameo would rate up there with his three Olympic gold medals.

“Me being an old man with a walking stick, to make this team would be one of the biggest achievements of my career including all the medals and world records,” the former two-time 1500m freestyle Olympic champ said.

“There’s a reason no male swimmer has gone to four Olympics before, it’s really challenging.”