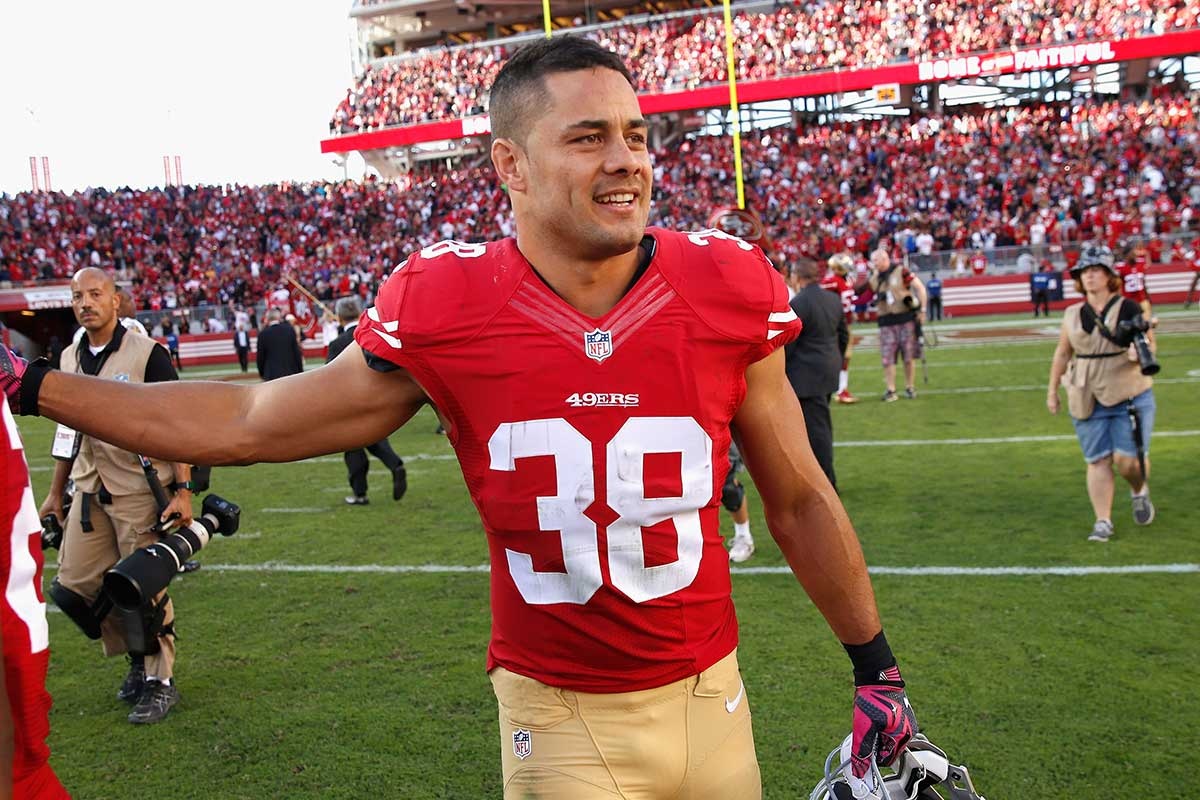 It wasn’t Jarryd Hayne’s best NFL game, but it was one the former rugby league star will not want to forget and not just because the San Francisco 49ers scored a rare victory.

As Hayne repeatedly says, every moment is a learning experience.

He’ll likely learn from his latest punt return fumble and, when called on to play running back in the second quarter, the play he failed to block two Baltimore Ravens from mauling his quarterback Colin Kaepernick.

The sack didn’t hurt Kaepernick, who bounced back to the form that made him one of the NFL’s most dangerous quarterbacks, passing for 340 yards, two touchdowns and no interceptions.

The 49ers held on to a 25-20 win against the Ravens on Sunday on their home field, Levi’s Stadium.

After four straight losses, the 49ers went into the game knowing a week ago they let the New York Giants come back in the final minute to steal the win.

They found themselves in a similar position when another elite quarterback, Joe Flacco, led the Ravens downfield in the final minute and, with six seconds left, threw a potential game-winning pass to veteran wide-receiver Steve Smith but it was incomplete.

Hayne had his third fumble in six games.

It came on his only punt return of the day when he caught the ball surrounded by defenders, smashed or stepped around four Ravens and ran sideways toward the centre of the field.

The strong four-yard run ended when the Ravens’ Anthony Levine came up behind, ripped the ball out, it fell to the ground and luckily Hayne’s teammate Dontae Johnson recovered it despite being outnumbered by opponents.

Hayne was furious with himself.

With 49ers’ starting running back Carlos Hyde playing with a foot injury it was Hayne, not the other back-up Mike Davis, that the team went to when Hyde was rested.

Hayne, however, never put his hands on the ball despite being on the field for multiple plays at running back, with Kaepernick choosing to pass.

The Ravens fall to one win, five losses.

“We feel, as a team, if we play how we are capable of playing we’ll be OK,” 49ers wide receiver Anquan Boldin, who had five receptions for 102 yards, said.

Hayne and the 49ers face a short week, with their next game against arch rivals the Seattle Seahawks on Thursday.