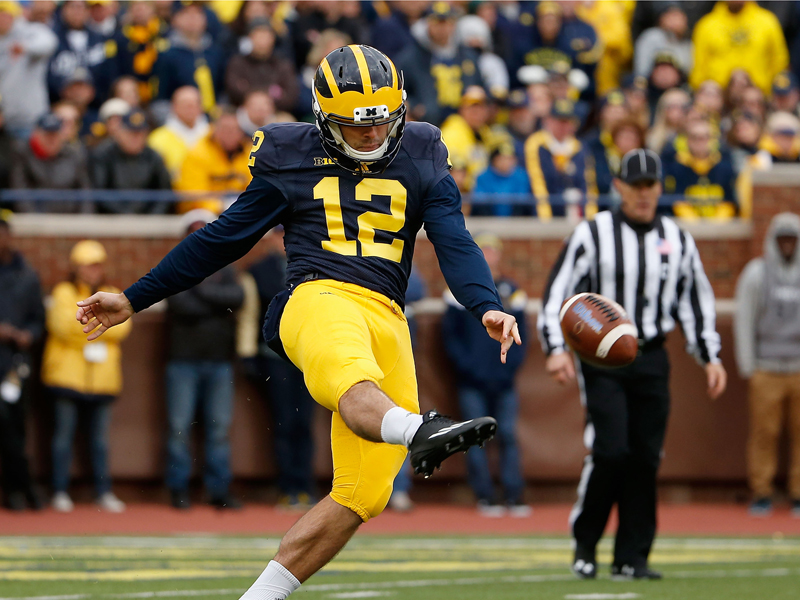 Australian punter Blake O’Neill has copped death threats and stinging abuse on social media after his fumble on the last play of a US college gridiron game led to defeat.

In a derby game televised nationally, the University of Michigan were ahead 23-21 with 10 seconds to play with O’Neill ready to punt the ball away to Michigan State.

However, the Melbourne-born former Aussie rules player dropped the long snap and Jalen Watts-Jackson scooped up the ball and returned it 38 yards for the game-winning touchdown.

O’Neill then faced a barrage of abuse on Twitter which ranged from death threats to those wanting him to quit the team.

“@blakewoneill What were you thinking dude. Might go down as the worst play in College Football History,” posted @TheRealCamSand.

“I’m still sick to my stomach for that punter…Blake O’Neill wasn’t trying to fail…hoping people have a bit of compassion for him,” tweeted college football TV analyst Joel Klatt.

It was a case of hero to villain for the young Aussie, who had earlier pulled off a massive 80-yard punt.

Author Salman Rushdie stabbed in the neck by masked assailant on stage
Ex-Liberal staffer: Survivors weren’t asked about their ordeals in NSW parliament
Idaho follows US Supreme Court lead and bans virtually all abortions
‘We have lost a bright light’: Actress Anne Heche dies a week after fiery car crash
Shot in the arm for electric vehicles as Hertz launches local rentals
Kyrgios blows away de Minaur in all-Aussie clash in Montreal
Jarryd Hayne could be the 49ers’ saviour
Today's Stories