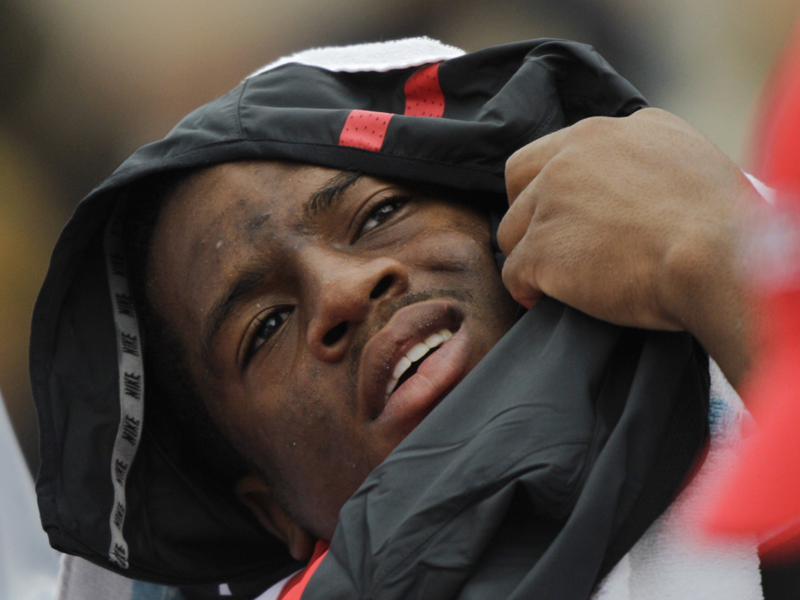 Nick Chubb, playing for Georgia, hit the turf when his knee buckled in the match against Tennessee.

Early analysis of the footage, not for those with a weak stomach, suggests Chubb’s knee hyper-extended.

Chubb fell after a tackle during the first quarter of ther game.

CBS Sports says the running back collapsed after the incident. After regaining consciousness he was taken to hospital in an ambulance.

Meanwhile, Jarryd Hayne’s special teams co-ordinator has an interesting take on why the Green Bay Packers kicked away from the former Parramatta Eel last weekend.

The consensus among media and some San Francisco 49ers veteran players was Hayne was viewed as such a threat as a punt returner that Packers’ punter Tim Masthay opted to kick to the sidelines rather than the Aussie.

“I don’t know if that was quite the case,” Thomas McGaughey, correcting the view, told reporters.

McGaughey, a nine-year veteran NFL special teams co-ordinator, put it down to Masthay having an inaccurate day with the boot.

“I know the punter struggled a little bit and had been struggling,” McGaughey said.

Hayne won’t be facing a struggling punter on Monday (11.30am AEDT) when the 49ers take on the New York Giants at MetLife Stadium in New Jersey.

The Victorian punter, raised playing Aussie rules, has been a sensation since being traded from the Pittsburgh Steelers on the eve of the regular season.

Wing has dropped 12 punts inside Giants’ opponents 20-yard line, easily the best record of any punter in the NFL.

Giants coach Tom Coughlin, who has some of the NFL’s most explosive offensive threats, including wide receivers Odell Beckham Jr and Victor Cruz, talks up Wing as a weapon.

“We’ve only had four starts inside our 20.

“Our opponents have had 18.

A huge US TV audience – about 24 million – will tune into NBC’s Sunday Night Football telecast.

Hayne needs to bounce back after fumbling against the Packers, his second fumble in four games.