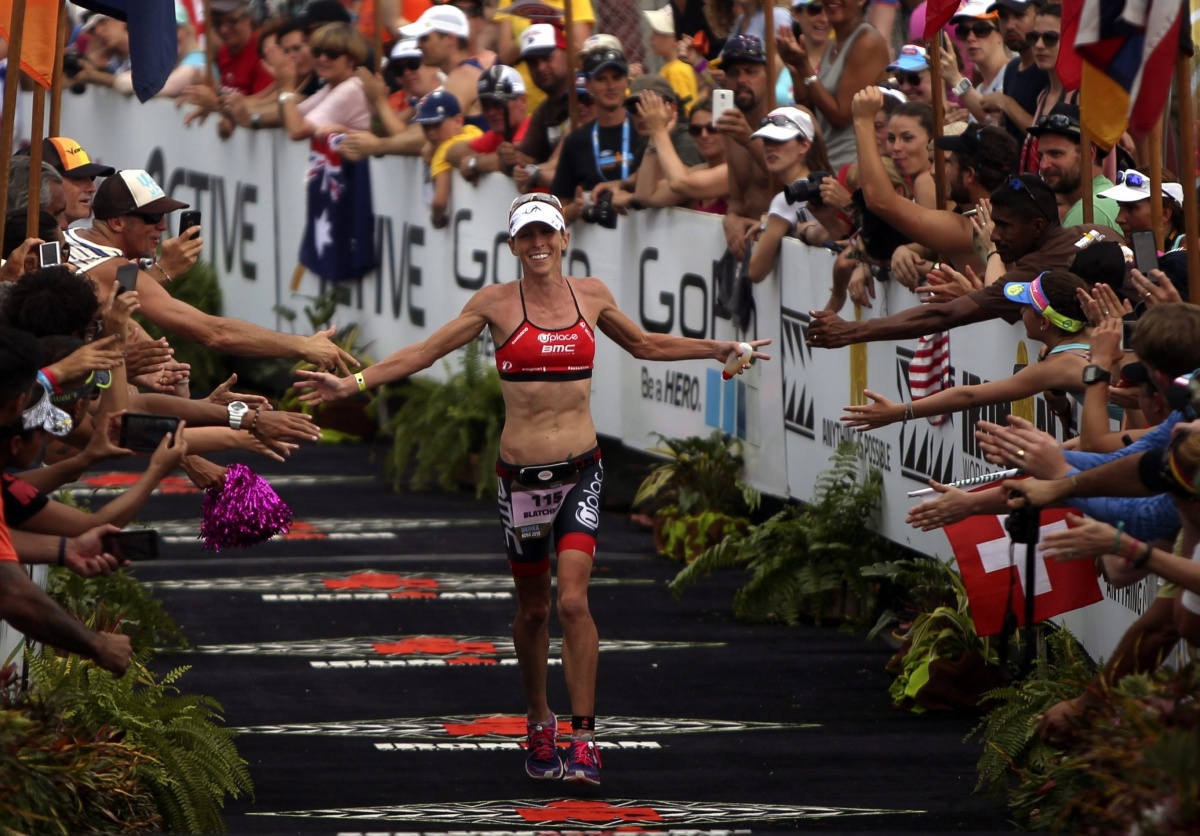 Liz Blatchford was the shining light and Mirinda Carfrae the biggest casualty on a day of carnage for top Australians at the Hawaiian Ironman triathlon.

But it was also the first Hawaiian Ironman since 2006 not to feature an Australian winner.

• The 10 greatest finishes in sporting history
• If you thought the footy season was over, think again

There was also no Australian in the men’s top 10 for the first time since 2004.

Carfrae, a three-time champion, had to pull out midway through the bike leg because of back soreness.

She was hit by a car while riding her bike three days ago after also crashing on a ride late last month.

There were strong mixed emotions for Carfrae – while devastated to pull out, her American husband Tim O’Donnell scored a career-best third place.

“I had no power and I was going backwards, basically,” Carfrae said.

“At least one person in the family did well … I’m so proud.”

Carfrae was not the only well-credentialled Australian wife to celebrate her husband’s performance.

He and his Australian wife Emma – nee Snowsill – won at the 2008 Beijing Games.

“I will let you in on a secret – I always dreamed that I would make that history myself, but I didn’t realise that I’d be a part of it,” Emma said.

“I honestly think it’s more rewarding than if it was for myself.”

Blatchford took a risk around halfway on the bike, deciding not to go with the leaders as they pushed the pace.

“I did have to back off and it was a pretty bloody lonely ride … more than half completely on my own,” she said.

“I just stuck to my guns and I’m thrilled with it.”

Blatchford has dual Australian-British citizenship and switched to Australia two years ago.

After finishing 10th last year, Blatchford worried that her third in 2013 might have been a fluke.

“So to get back up there is really satisfying and I’m thrilled,” she said.

Frodeno won in eight hours, 14 minutes and 40 seconds, three minutes and three seconds ahead of compatriot Andreas Raelert and 4:10 up on O’Donnell.

Age grouper Levi Maxwell was the top-placed Australian in 25th place as he won the 25-29 category.

Professional Luke Bell needed an IV drip after overheating on the bike, while Luke McKenzie also pulled out after finishing second two years ago.

Annabel Luxford was 12th in her Ironman debut.

It was unusually hot, even by Hawaiian Ironman standards, and two-time Olympian Brad Kahlefeldt suffered in his debut at the race.

“The island ate me up and spat me back out,” he said on Twitter.