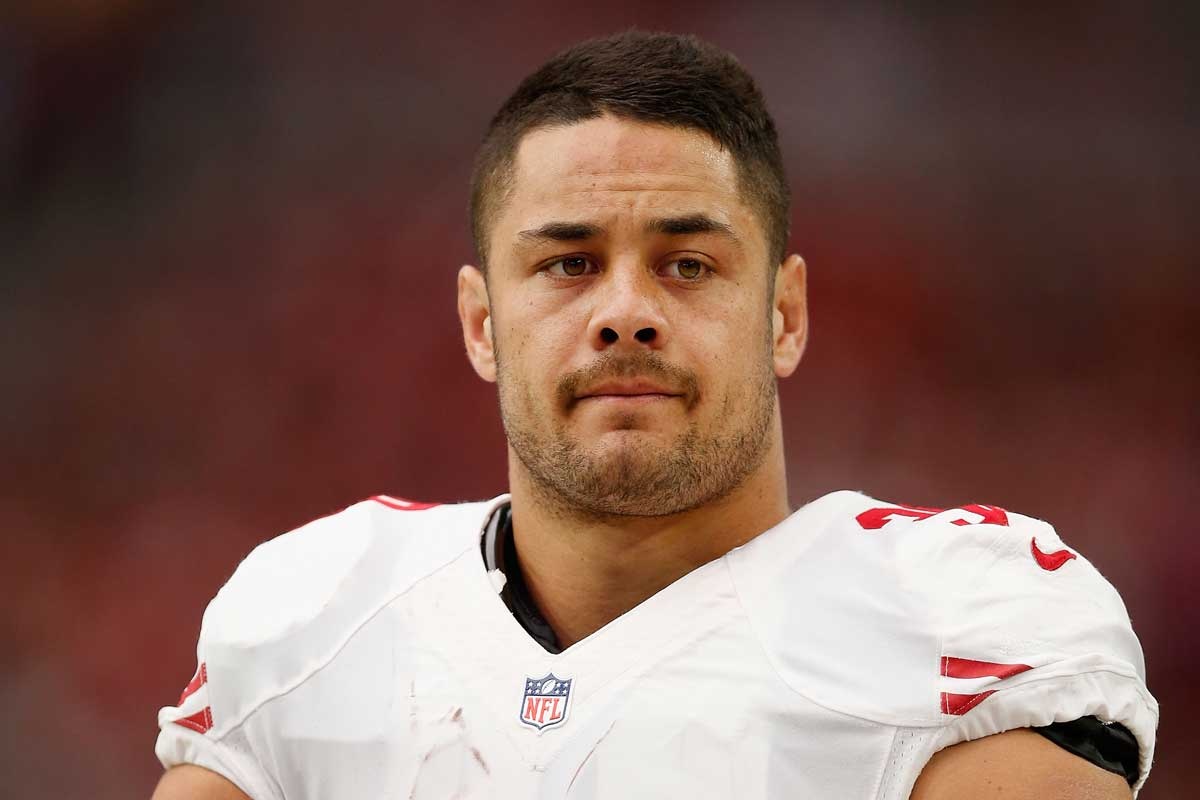 Jarryd Hayne has refused to point fingers at any of his San Francisco 49ers teammates, but says everyone needs to come together to break their losing streak.

The 49ers were soundly beaten 17-3 by the Green Bay Packers on Sunday on their home field – the team’s third straight lopsided loss – with Hayne’s muffed return one of many poor plays by San Francisco.

It came in the second quarter when Hayne called for a fair catch, but there was a crash of bodies and his teammate LJ McCray accidentally took the Australian out.

“Obviously it was a late read,” Hayne, describing the fumble, said.

“I was going to poison it and let it go, but then I thought one of our guys, it might hit him.

“So I went for it, just kind of threw my body in there and was hoping to catch it.

“I think one of their gunners made a good play and nudged one of our boys into me and obviously knocked me off balance.”

It was Hayne’s second fumble of his short NFL career after dropping a punt in the opening regular season win against the Minnesota Vikings.

The beating from the Packers pushed the 49ers to a one-win, three-loss record and their anaemic offence this season – just 48 points in four games – was the fewest for the 49ers since 1977.

49ers head coach Jim Tomsula took responsibility for the loss, while quarterback Colin Kaepernick and the team’s offensive line were also slammed by fans and the media.

“It’s just coming together and getting the win.

“For me, I just personally make sure I’m doing everything I can to get ready and do what I have to do for the team.”

The 49ers will be underdogs again this Sunday when they travel to the New York Giants, who are on a high after two big wins against the Buffalo Bills and Washington Redskins.