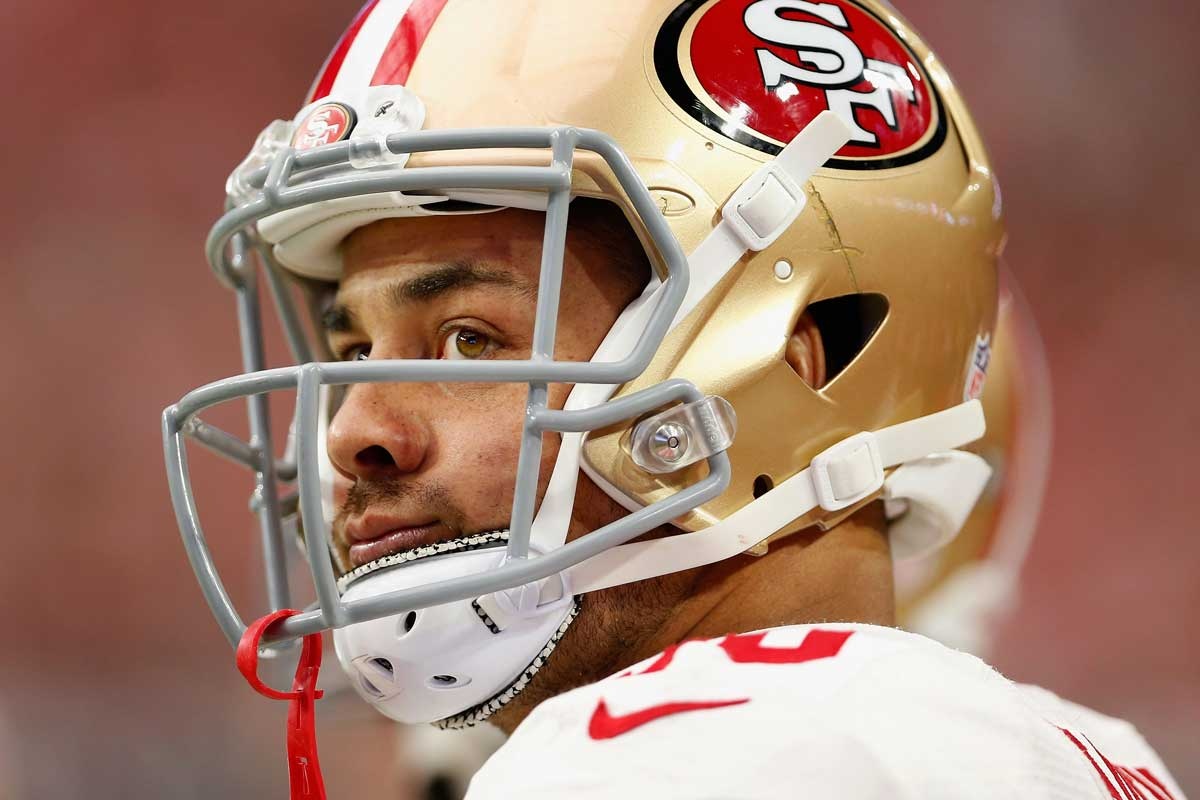 Jarryd Hayne returned just two punts and fumbled another as the San Francisco 49ers lost their third straight NFL match on Sunday, a 17-3 loss at home to Green Bay.

The undefeated Aaron Rodgers-led Green Bay Packers dominated from the start, coming into the 49ers’ Levi’s Stadium and punishing San Francisco, whose quarterback Colin Kaepernick had another poor outing.

Former NRL star Hayne – who made just six yards on his two returns – was involved in one of the lowlights when he attempted to call a fair catch on a punt in the second quarter, teammate LJ McCray bowled him over, he fumbled, the ball hit the ground and luckily another teammate Dontae Johnson recovered.