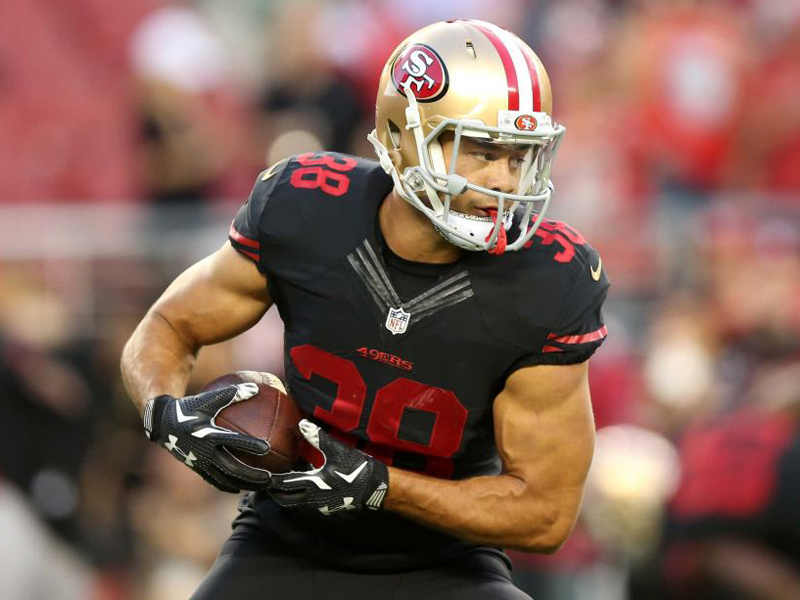 The former NRL star has shocked American’s with his popularity, his number 58 San Francisco 49ers playing strip is the fifth most purchased jersey on the NFL website’s shop.

Admittedly, 70 per cent of the sales have come from Australia, but the statistic still proves that “Haynemania” is a real thing.

Hayne is the highest ranked running-back in the jersey sale stakes, with the only other one in the top 25 being Marshawn Lynch from the Seattle Seahawks.

Earlier in September Hayne shared a photo on his Instagram that detailed the San Francisco jersey frenzy within his own family.

It seemed the Australian based Haynes began the trend of representing the star Down Under, and now the general public have followed. Sacramento 49ers journalist Matt Barrows and Gary Radnich had a discussion on the the trailblazing Aussie.

Gary Radnich: “Without saying they’re only two games in … is he just going to be a novelty act or, particularly if Carlos Hyde gets beat up a little bit, do you think they’d give him a shot carrying the ball on a regular basis?”

Matt Barrows: “To me he is more a Reggie Bush type of guy. I realise he’s a bigger back but to me his skills are similar to Bush’s. He’s good at catching the ball, he’s fast, he’s better on the outside than he is on the inside and he’s good on special teams.

“It’s probably too early, they want give him a more well rounded role right now. They’re trying to teach him how to be a running back. But to me that’s where his talent lies.

I don’t want to say he was misused (against Pittsburgh) but to me he could be the third down back of the future.”

‘The Hayne Plane’s’ popularity soars in the NFL