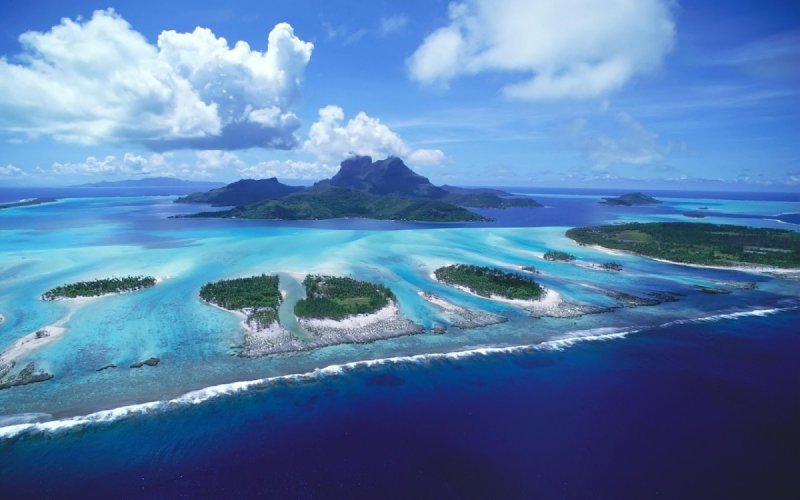 It may not even be on your radar as a holiday destination, but Reunion Island continues to be crippled by the deadly inhabitants of its magnificently blue waters.

A spate of shark attacks that has cost the small island millions in lost tourism. So frequent are attacks at the island that authorities implemented surfing and swimming bans in the ocean to prevent further fatalities among the island chain, which lay around 200km east of Madagascar.

In an effort to reintroduce surfing on the island, authorities agreed to supervised sessions where surfers could enter the water while divers protected them from beneath with spear guns.

The most recent attack was of 13-year-old Elio Canestri, an up-and-coming surfer, who was attacked and killed while surfing 50 feet from shore at Les Agriettes last Sunday. He was bitten on his right arm, right leg and abdomen, sustaining wounds that proved fatal.

In February this year, a woman died after suffering serious injuries in another shark attack. The 20-year-old suffered bite wounds to her leg as she swam in the sea close to the beach in south-western l’Etang-Sale.

A 23-year-old man was attacked at almost the same spot last October. He survived but lost his right leg.

Several months earlier in July 2014, a 51-year-old surfer also suffered multiple bites in another attack. Ello Canestri’s death is the 16th shark attack in Reunion since 2011, seven of which have been fatal.

The boy’s death sparked an outpouring on social media, including comments from champion surfer Jeremy Flores, who was born on the island and now competes on the world surf league.

“ANOTHER shark attack in Reunion island this morning. 13 years old Eliowas one of our best up and coming surfers,” he said via Instagram. “Words can’t describe how sad and angry i am. So young !!! Heart breaking News. RIP :(”.

Surfing and swimming in the ocean carries inherent dangers, and there are known danger spot around the world that you should think twice about swimming at.

A large number of shark attacks happen in South Africa. The nation is second only to Australia for the number of fatal attacks since 2000. Every surf spot, every day of the year, carries an inherent risk like no other in the world except maybe western and southern Australia. There have been 13 fatal attacks since 2004. The Eastern Cape territory known as the Transkei is home to a wide range of powerful and perfect surf breaks, as good as anywhere in the world, and yet they go unridden by all but the hardest and bravest of characters. Why? It’s a known Great White hot spot and more than 100km from the nearest medical centre. Any injury here equals likely death.

Any kid with his hands on a Go-Pro camera and a passion for riding perfect surf will have heard of Skeleton Bay in Namibia. The water is freezing cold, seals join you in the surf zone, but it’s isolated and third world, meaning very little medical support is available if anything should go wrong. And plenty can. If the wave, considered one of the best barreling surf breaks in the world, doesn’t break your bones and boards, there’s always the reminder of inherent dangers in the form of whale and seal carcasses littering the beach.

Your correspondent spent three months surfing in South Africa in the 1990s, but it’s in WA where he has felt the greatest fear of shark attack. The number of attacks has seen the WA Government mount an aggressive campaign to cull the giants. No one understands why attacks have increased, and every expert has had their say, so it’s an ongoing concern for tourism and government. Here’s the list:

Fatal shark attacks in WA since 2000

4: South Australia – all of it

That analogy about you having more chance of dying in a car accident than a shark attack? Phil Horley, a surfer living in Penong near the isolated and powerful surf of the desert peninsula (west of Adelaide) survived not one, but two Great White shark attacks – the most serious in 1977 at the popular surf break known as Caves. Horley was nicknamed Shark Bait by his friends and media. He died of a car accident several years later. This is one place where you have checklists, a companion, and be very selective about where you go out, or swim.

No idea what is happening on Reunion but it is starting to get past coincidence or a sick joke. RIP young fella : http://t.co/VE3uzshyFK

ANOTHER shark attack in Reunion island this morning. 13 years old Elio was one of our best up and… https://t.co/A4c3m0TIN8 — Jeremy Flores (@floresjeremy) April 12, 2015

Is this the sharkiest paradise on the planet?