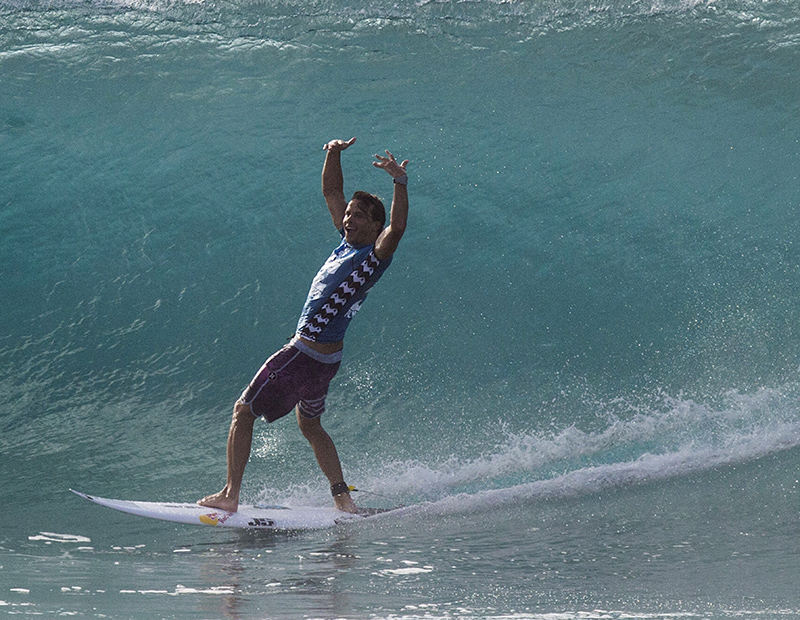 The 26-year-old Queenslander scored 9.93 on his first wave, but Medina led for much of the final after posting a perfect 10 followed by an 8.83, with his second and third waves.

In a dramatic climax, each man pulled out a big score with their final wave.

Wilson recorded a 9.70 and his win was confirmed a few seconds later, as Medina’s final wave scored a 9.20.

Medina earlier clinched his nation’s first men’s world surfing title after Australia’s Mick Fanning was eliminated in the fifth round.