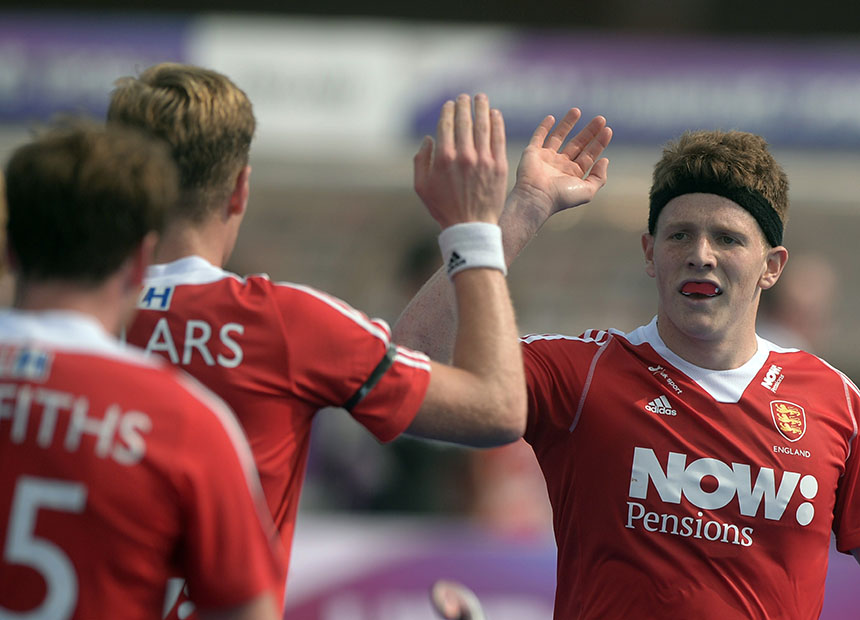 Alastair Brogdon was the other scorer for England, which earned its first ever win over Australia in the tournament.

Penalty-corner specialist Chris Ciriello found the mark for Australia, which has been forced to try out new combinations due to a spate of injuries and a few retirements.

“I thought we played well but in patches,” England coach Bobby Crutchley said. “There is scope for a lot of improvement for us while they tried out quite a few new things since they’re not here with some first-choice players.”

Crutchley also said the pool A result was not a reflection of the sides but just one result in a long tournament.

“We beat them early on in the World Cup in the Netherlands this year but they went on to win the tournament. So I think they’re capable of coming back strongly here,” Crutchley added.

Fifth-ranked England dominated from early on and went ahead in the sixth minute when Brogdon shot in from the top of the circle with a crisp reverse-flick.

The second goal came in the 27th minute through Ward, who scored following an attempt by David Condon off a long pass from Nick Catlin.

Australia got one back through Ciriello in the 54th minute but Ward struck again two minutes later to douse Australia’s hopes.

Both teams played with black armbands in memory of Australian cricketer Phillip Hughes, who died last week after being hit by a bouncer in a domestic game.

Belgium and Pakistan are the other teams in pool A at the eight-team tournament, in which all teams are assured of quarterfinal knockout berths.

The Netherlands, Germany, India and Argentina are in pool B.