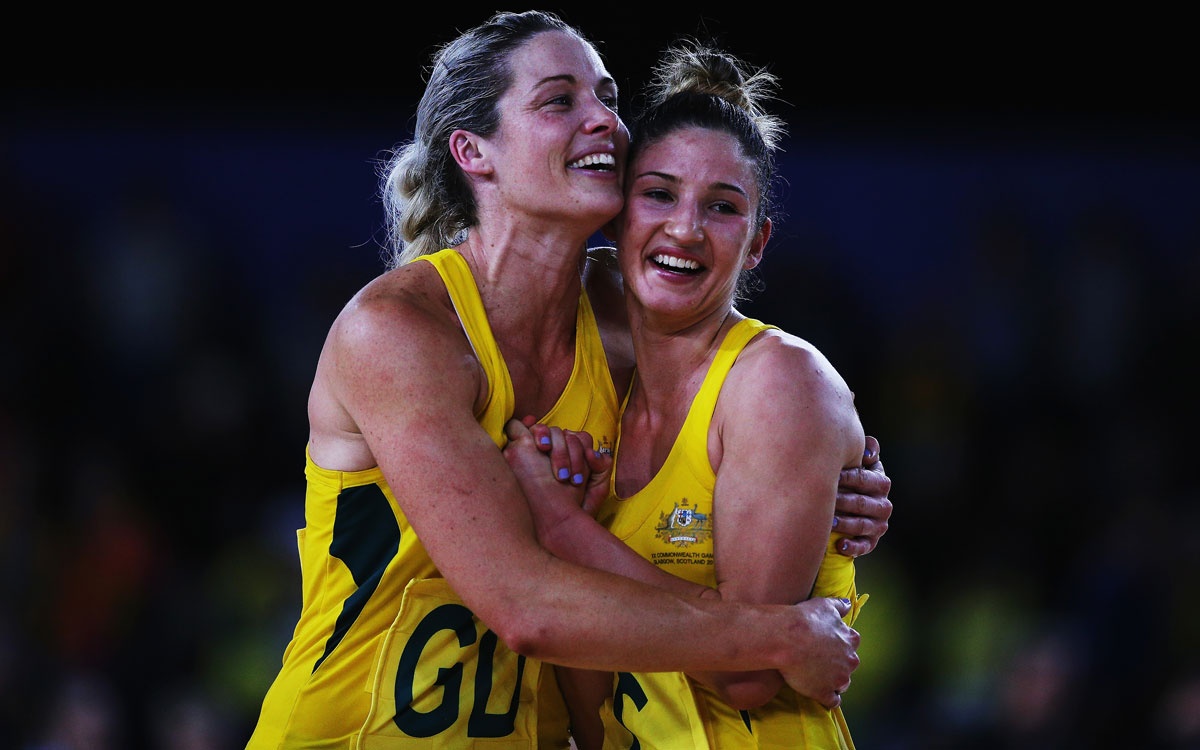 For the first time since Edinburgh 1986, in the days of Margaret Thatcher and an African boycott over ties with South Africa, England has finished ahead of Australia on the Commonwealth Games medal table.

Nevertheless, the Australian team produced some memorable performances. We nominate our top 10.

She beat a dodgy preparation, an ‘iffy’ hamstring and petty officialdom, not to mention Tiffany Porter and the rest of the field. Technically brilliant, mentally strong and very, very fast. In short, a winner. The way she handled the Eric Hollingsworth controversy was all class. In a way, Hollingsworth has done us a favour by drawing more attention to our finest athlete since Cathy Freeman. Pearson now has Olympic gold and silver, world championship gold and silver and two Commonwealth gold. If she was a bloke, she would be recognised as a superstar of Australian sport. She deserves respect.

“To quote Muhammed Ali, we are the greatest.” So said Cate Campbell after the Australian women broke the world record in this event, set by the Dutch in 2009 in the days when times were artificially improved by so-called super suits. If Campbell’s reaction sounds arrogant, it wasn’t. She was being whimsical. In fact this quartet set the good natured, gracious tone for almost the entire Australian Commonwealth Games team.

The marathon invariably provides high drama. Think Robert de Castella reeling in Juma Ikangaa in Brisbane in 1982, or Kerryn McCann’s thrilling stadium duel with Hellen Cherono Koskei in the MCG in 2006. Michael Shelley’s surge up an incline to burn off Kenya’s Stephen Chemlany with a couple of kilometres to run in Glasgow belongs in that company. Chemlany, like several of the other Africans in the race, had times five minutes better than the 30-year-old Queenslander. As ‘Deek’ said, Chemlany had no right to win this race. Unfortunately, Channel 10 was showing Masterchef at the time.

This was the most one-sided Australia-New Zealand netball match since the Kiwis were in line for statehood. The 18-point margin will send NZ into national mourning. For Australia, it is the first time they have won Commonwealth Games gold – which is as good as a world title – since 2002.

OK, so we’re cheating here, but how do you separate the Australia’s all powerful female field athletes? And this is not just a matter of mediocre athletes bullying the lesser nations. Samuels, for example, is a former world champion, while Mickle took silver at last year’s world titles. Both are now Commonwealth champs. So is the 30-year-old Boyd after overcoming treacherous conditions in the pole vault. Patterson, by contrast, is the future. The 18-year-old jumped 1.94 metres to win the high jump, a height that would have placed her seventh in last year’s world titles.

The star of Australia’s track cycling team, with gold medals in the individual and team pursuits. In the latter, he teamed with Luke Davison, Alex Edmonson and Glenn O’Shea to knock off the Bradley Wiggins-led English team in the final.

Australia’s women found themselves 18 seconds away from calamity in the final against England when Jodie Kenny slotted her 10th goal of the tournament to level the scores 1-1. Australia won the penalty shootout duel to take home their third successive Commonwealth Games gold. They finished the tournament with a 33-2 goal record.

A similar campaign to the women. The only real difference is that the final – against India – was never in doubt, with a 4-0 scoreline. Overall, they finished with a 30-4 goal record, and have now won all five Commonwealth Games hockey gold medals.

Just when it looked as though Matthew Mitcham was going to go home with a fist full of silver medals, he and teammate Domonic Bedggood demonstrated extraordinary grace under pressure – in the form of a “back two-and-a-half somersault two-and-a-half twist” – to steal gold from the Malaysian duo.

Shelley Watts is a pint-sized pioneer. Having taken up boxing only four years ago, she became the first Australian woman to win Commonwealth Games gold in women’s boxing. Next stop, Rio.