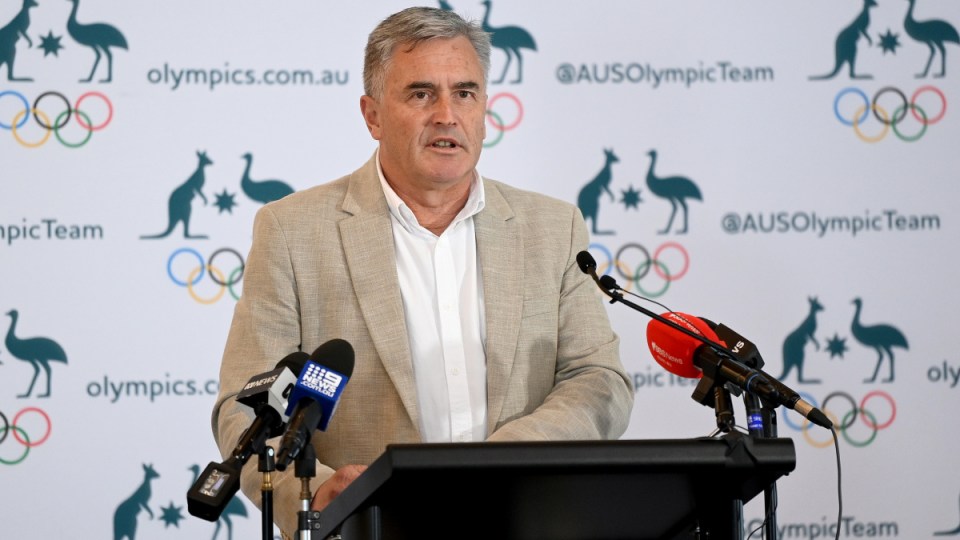 Stepping into the shoes vacated by the most influential figure in Australian Olympic history, new AOC President Ian Chesterman wants to inspire the next generation of Olympians.

His appointment brings to an end a tenure IOC President Thomas Bach described as unparalleled, Coates having bookended his 32-year reign by delivering the 2000 Olympics to Sydney, before bowing out with the awarding of the 2032 Games to Brisbane.

Chesterman’s election is viewed as a sign of continuity, the 63-year-old having served as AOC vice-president and chef de mission for six Winter Olympic teams before filling the same role at the Tokyo Games.

“My vision for the Olympic movement is about making sure we continue to create opportunities for young Australians,” Chesterman said.

“We have to continue to drive interest in Olympic sports.

“We really want to use this opportunity going forward to Brisbane, having built a fantastic platform in Tokyo, to drive our Olympic sports, to encourage kids to dream, not about becoming an AFL player or an NRL player, but becoming an Olympian.”

That goal is no doubt aided by the ten-year runway to Brisbane 2032, the winning of which was one of the final acts of Coates’ presidency.

Emotion got the better of Coates as he closed his final presidential address, but it also clear the physical toll the relentless job has taken on the 71-year-old, who struggled to stand for any length of time at the meeting.

Bach, who noted that no other Olympic official had ever delivered two Games to their home nation, said he had good and bad news in congratulating Chesterman on his appointment.

“The shoes he has to fill in are huge,” Bach said.

“This is also good news, because it also means he can build on a very solid base. John is leaving the AOC in a great state.

“He has a great passion for sport … I’m very confident that he can fill in these huge shoes.

“It took John more than 30 years to make the shoes, so give him some time.”

In a shift from the acrimonious battle for the presidency in 2017, when Coates saw off a challenge from former Hockeyroo Danni Roche, Stockwell praised Chesterman for the manner in which the campaign was conducted.

Stockwell, a member of the famed ‘Mean Machine’ relay swim team from the 1984 Olympics, was seen as a purveyor of change – having made his post-competition career in sports administration outside the AOC, as well as the business sector.

But he pledged his support for Chesterman.

“I gave it everything. You made me compete hard and I want to thank the AOC for what has been an incredibly fair, open and honest race,” Stockwell said.

Chesterman’s ability to deliver on his goal to inspire generation next will no doubt hinge on funding, with the AOC already in talks with the federal government about a new policy.

While talks will now await the outcome of the upcoming federal election, Chesterman said key to the strategy involved governments investing in sport rather than simply funding them.

‘I was very respectful’: Jason Momoa apologises after taking photos in the Sistine Chapel
‘You may not like me’: PM tries to rally Liberal supporters
Today's Stories