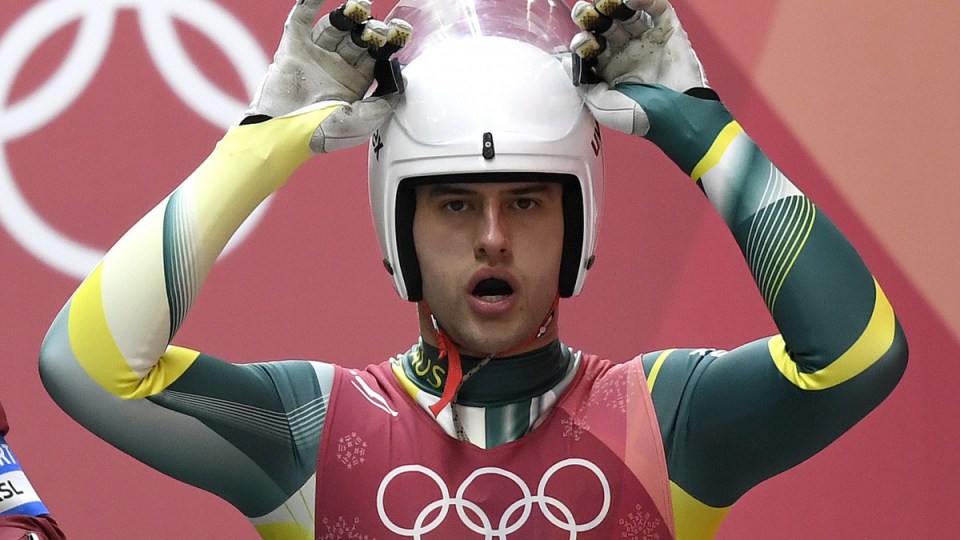 After some hasty repairs to his sled following a 130km/h crash on the Beijing Winter Olympic course, Australian luger Alex Ferlazzo is set for the opening World Cup event starting there on Friday.

Ferlazzo has spent the past three weeks in Yanqing training at the National Sliding Centre, which will host the men’s singles luge at the Games on February 5-6.

The venue has already faced some hurdles, with two international lugers testing positive to COVID-19 while a Polish slider broke his leg when crashing into a gate that was mistakenly left closed on the course.

Having sat out the competition season last year at his Townsville home due to COVID-19 travel restrictions, Ferlazzo is primed for a tilt at his third Olympics.

🇦🇺 Alex Ferlazzo records a time of 49.531 with his 3rd run and he is currently in 21st position. #Luge #PyeongChang2018 pic.twitter.com/gJdLjQunxp

The 26-year-old, who was only 18 when he made his Games debut in Sochi, Russia, said he felt in career-best form.

“I jumped on a sled again in Sochi in Russia about two months ago, and, it surprisingly went pretty well,” Ferlazzo told AAP from Beijing.

“I was quite nervous to start off with, but as soon as I jumped on the handles and started heading down the hill it just came back to me.

“I picked it up again right where I left off and honestly if not better because I’ve weeded out a lot of those bad habits that I had before and got to rebuild my skill.”

Ferlazzo, who finished an Australian-best 28th at the Pyeongchang Olympics in 2018, is targeting a top-15 finish at the World Cup.

Those plans were almost in disarray when he crashed during practice on Thursday.

“I had a flip – there’s a section in the track that just flips people like a like a patty spatula.

“I just went over at 130ks and didn’t notice my sled was broken until I was at the start for my next run and I looked down and there was a small crack in my kufen (runner).

“I decided to see if I could make it down and it broke in a steer in the  third corner and I jumped off two corners later – I wasn’t going to go down the bottom with half a sled.”

Ferlazzo said he spent the past 24 hours fixing the part.

“It should be just as fast. It just won’t be as pretty as it’s just fibreglass now and I’ll paint it again when I get a chance.”

Despite the high-speed collision Ferlazzo said because he flipped rather than crashed he was unscathed.

“Everyone’s laying back, not looking, trying to go as fast as possible through the section. But if you mess it up slightly it just flips you over,” he said.

“But luckily it’s ice and the track here is so smooth so you just slide on for 100 metres or so.”

He said the Beijing track felt “completely different” to any other World Cup course, but training daily on it had given him confidence.

“We’ve had a bunch of runs now so everyone’s really starting to dial it in and me as well.

“It has been a big learning curve, but it has been a lot of fun learning a new track again, so I’m excited to race here and then come back again in February.”

National Sorry Day is a day to commemorate those taken. But ‘sorry’ is not enough – we need action
Beijing Games organisers receive Olympic flame amid boycott call
Today's Stories