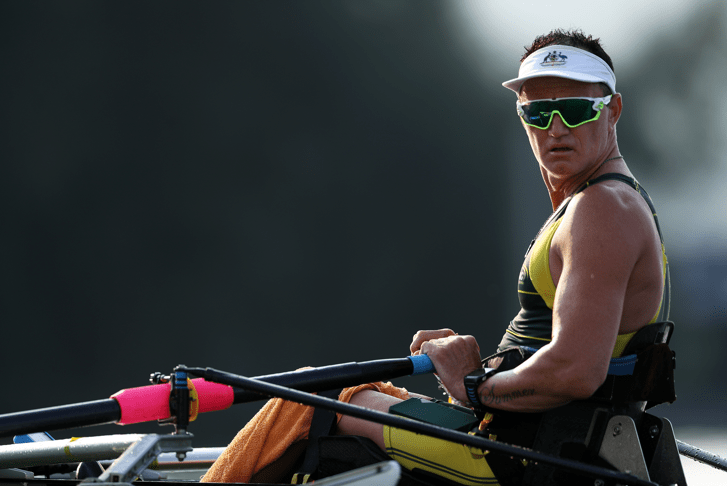 Australia’s Erik Horrie has made history as the first Paralympic rower to win three medals after adding a silver in Tokyo to silvers he claimed in London and Rio.

Proud of his achievement, the 41-year-old Sydney father of three could also see a silver lining to being beaten for gold for a third consecutive Games, joking that it would save any family squabbles.

“I guess my kids won’t be arguing who gets what medal,” Horrie said.

“I’ve got the three kids and now there’s a silver each.

“This one means a little bit more to me because it’s my son’s (Luigi) ninth birthday today.

“He was born when I was in London at my first Paralympics so this one certainly means a lot.

“I hope this medal will show him what the sacrifice is all for, and hopefully shows the kids never to give up and to believe in yourself.”

Horrie looked like he would finish in third before lifting his rating in the last quarter of the race to move into the silver medal position.

“I’m honoured to still be on the podium next to Roman,” Horrie told Channel Seven.

“It was an unbelievable race, he rowed so much better than me today and took the gold but I’ve just got to hold my head high and go home with silver.”

Horrie said he was likely to go for a fourth medal in Paris in 2023.

The crew of Alex Viney, Nikki Ayers, Thomas Birthwhistle, James Talbot and cox Renae Domaschenz set a Paralympic best time in the repechage but were unable to match the pace of gold medallists Great Britain.

Australian duo Simon Albury and Kathryn Ross missed a spot in the PR2 mixed double scull medal race but were runaway winners in the B final on Sunday morning.