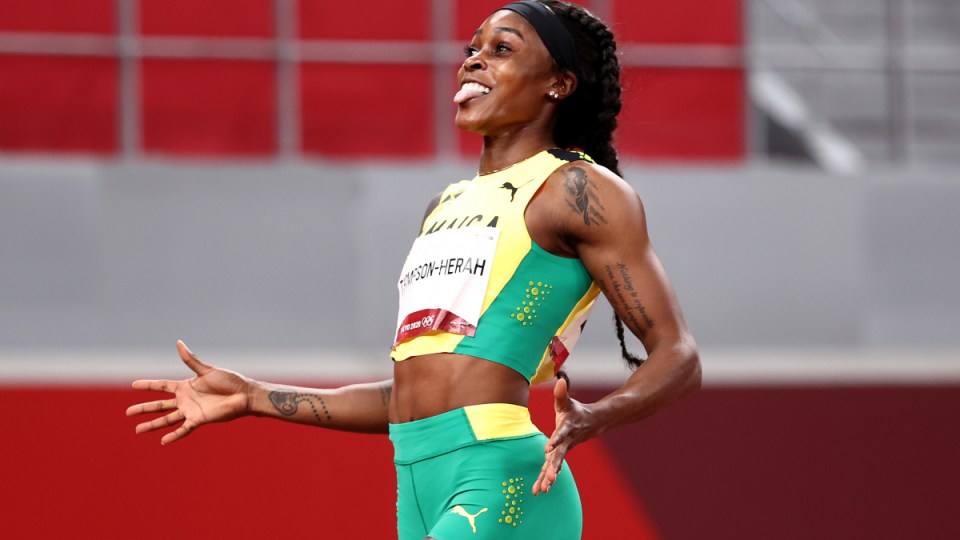 Jamaican Elaine Thompson-Herah has become the first woman to retain both the 100m and 200m gold medals, claiming back-to-back Olympic titles in Tokyo.

Thompson-Herah, who won the 100m and 200m at Rio in 2016, secured what is prized as the sprint double yet again, with her blistering 200m win on Tuesday.

She clocked 21.53 seconds – the second-fastest time in history – to streak away on the home straight and win the 200m final.

Only American Florence Griffith-Joyner has run faster in her world record 21.34 seconds set in 1988.

Thompson-Herah controlled the race from the start and was a clear winner, but 18-year-old Mboma produced an astonishing final 30 metres to make up four places and take silver.

It marked the second time in four nights that Thompson-Herah had won a sprint and recorded a time that fell short of only Griffith Joyner’s hallowed, 33-year-old world records.

In the 100m final earlier in the week, Thompson-Herah finished in 10.61, which was good for the Olympic record but not Flo Jo’s overall mark of 10.49.

She defended her 100m title on Saturday ahead of Jamaican team-mates Fraser-Pryce and Shericka Jackson.

Thompson-Herah is a chance of more gold when she competes in the women’s 4x100m relay this weekend.

It was a star-studded 200m final, defined as much by who didn’t finish on the podium as who did.

Besides Fraser-Pryce, Shaune Miller-Uibo – who focused on the 200m instead of defending her title in the 400m, came in last.

Miller-Uibo is still in the mix for the 400m, after finishing first in a preliminary heat earlier on Tuesday.

Thompson-Herah joins another Jamaican, Veronica Campbell-Brown, and Barbel Wockel of former East Germany as the third back-to-back champion in the 200m.