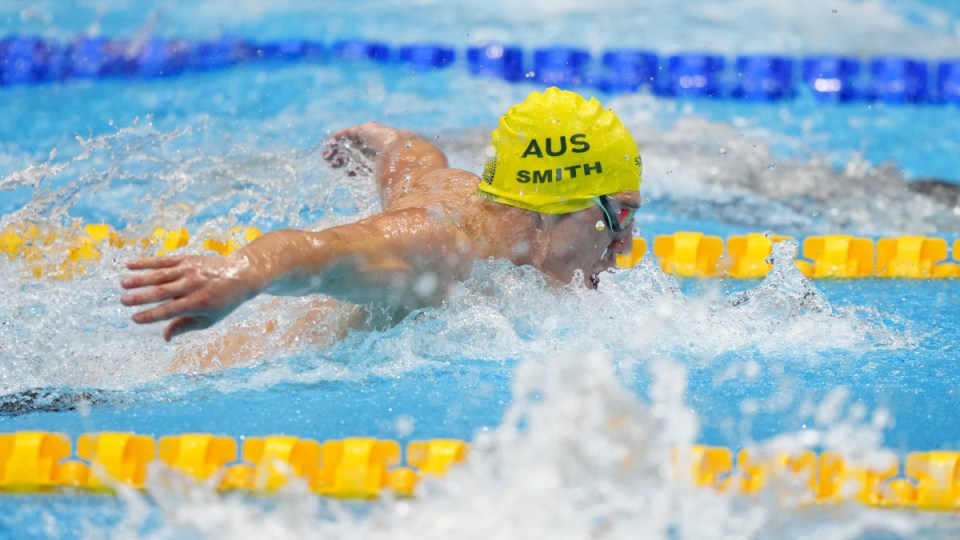 Smith is making his senior Australian swim team debut at the Games after turning to the pool after being an elite junior surf lifesaver.

The Australian was last with 100 metres remaining but powered home in the freestyle leg to win a medal in a time of four minutes 10.38 seconds.
“I’m really happy how I built that final 100,” Smith said.

“When the Games were postponed I knew it gave me an opportunity to be one year older and one year stronger.

“It was a blessing for me but, saying that, I’ve gone through hell to be here.

“I’ve been swimming in the oceans for two months in Melbourne, getting down to 11-12 degrees in the water, with Melbourne gone through six months of lockdown.”

But he looked in trouble in Sunday’s final after turning third at the halfway mark.

After the breaststroke leg, Smith was last, but his stunning freestyle finish earned him a bronze medal.

In a final opened up by the shock failure of Japan’s reigning medley world champion Daiya Seto to qualify, American Chase Kalisz won gold in 4:09.42, with his countryman Jay Litherland taking the silver.