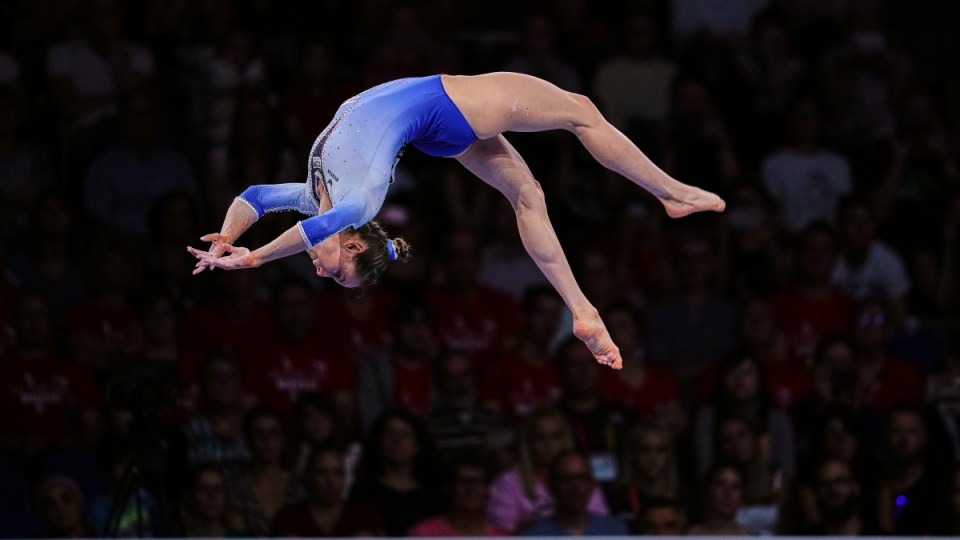 German female gymnasts will choose whether they want to wear full-body suits in Sunday’s qualifications at the Tokyo Olympics after receiving accolades for donning the outfits in the past in a stand against the sexualisation of their sport.

The German team wore fuchsia unitards – combined leotards and leggings extending to the ankles – at their podium training in Tokyo on Thursday and said they could chose to wear them again when competition begins.

“We wanted to show that every woman, everybody, should decide what to wear,” said Elisabeth Seitz, who will be competing in her third Games.

In recent years the sport has been rocked by widespread cases of sexual and physical abuse, including in the US, prompting deep introspection and the introduction of new safety protocols meant to protect athletes.

The German team wore the full-body suits at the European championships in April in a move that was broadly praised by other female gymnasts.

“That doesn’t mean we don’t want to wear the normal leotard any more,” the 27-year-old Seitz said.

“It is a decision day by day, based on how we feel and what we want. On competition day, we will decide what to wear.”

For women, the standard competition outfit is a leotard, with long, half-length sleeved and sleeveless garments allowed.

Outfits covering legs are allowed by the gymnastics rulebook in international competitions but to date they have been used almost exclusively for religious reasons.

“The coaches were also very much into it,” said 21-year-old Sarah Voss. “They said they want us to feel the most confident and comfortable in any case.”

Kim Bui, who also competed at the Rio and London Olympics, said the team’s fashion choice was just as comfortable as a standard leotard.

“We also train in tights so we are used to the feeling,” the 32-year-old said. “It is not that different between competition or training. It is comfortable and that is the most important thing.”