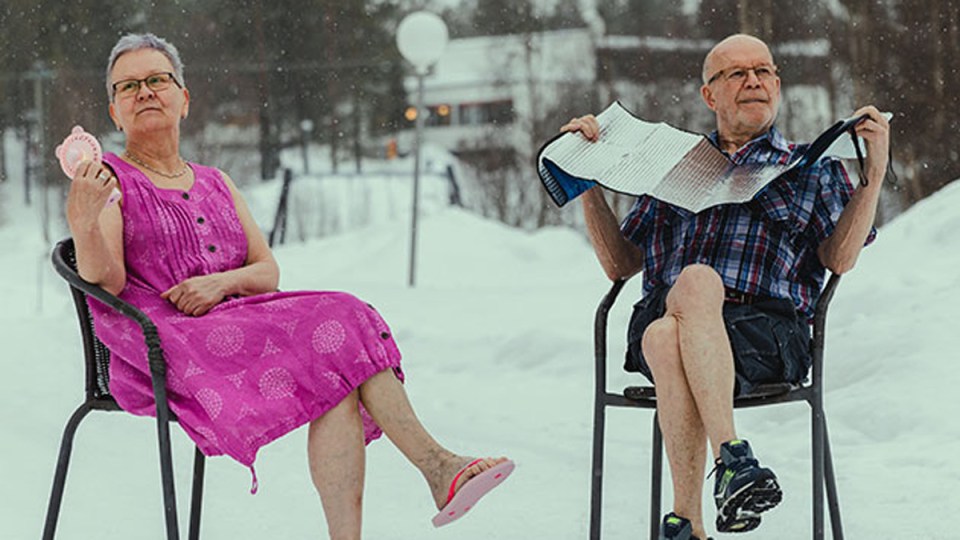 Salla, the self-proclaimed coldest town in Finnish Lapland, will bid to host the 2032 Summer Olympics as part of an awareness-building campaign to draw attention to the consequences of global warming.

The small town north of the Arctic Circle, where temperatures of minus 50 degrees Celsius are not uncommon, declared its candidacy at a news conference, admitting it was a “crazy idea” but with a serious message.

Mayor of Salla Erkki Parkkinen explained the reasoning behind the town’s Olympic bid.

“Our intention here is clear: We want to keep Salla as it is, and our winters cold and full of snow,” Mr Parkkinen said.

“So, there was this crazy idea: To host the Summer Games in one of the coldest towns on the planet.”

He added that if Salla could hold the 2032 Games it would mean that the temperature had continued to rise.

“If we stand back and do nothing, letting global warming prevail, we will lose our identity, and the town we love – as well as many others around the world – will cease to exist as we know it.”

Like every other Olympic candidate city, Salla’s pitch comes with a flash, if tongue-in-cheek, video complete with snowy vistas and scenes of an older couple in shorts sitting in snow banks on lawn chairs and a man eating ice cream while taking a dip in an ice-covered lake.

But the humour is quickly replaced by frightening images of a planet in crisis, floods, fires, rising sea levels and an ominous warning from Mr Parkkinen that 2032 will not be a turning point just for Salla but for the whole planet.

“Our summers are getting hotter and hotter, our winters are getting shorter and shorter we need to keep Salla icy, cold and snowy,” Mr Parkkinen said.

“Salla will be ready to host the Games in 2032 but at what cost?

“If Salla is the best place to host the Games in 2032 it means the temperature didn’t stop rising.”

The Salla bid also comes with all the trappings of a serious candidacy, including a smart logo, mascot, uniforms, bid book and promotional activities.

The town has also launched an official Salla 2032 website, announcing the reason behind the Olympic bid: “To raise attention about the climate emergency.”

The website also includes a ‘What can you do?’ section, with tips to help reduce the climate emergency.

“Healing the planet starts in your garage, in your kitchen, and at your dining-room table,” the website reads.

With the International Olympic Committee set to select the 2032 host sometime before 2025, several cities along with Salla have expressed interest in staging the Summer Games including Doha, Mumbai and the Rhine-Ruhr region of Germany.