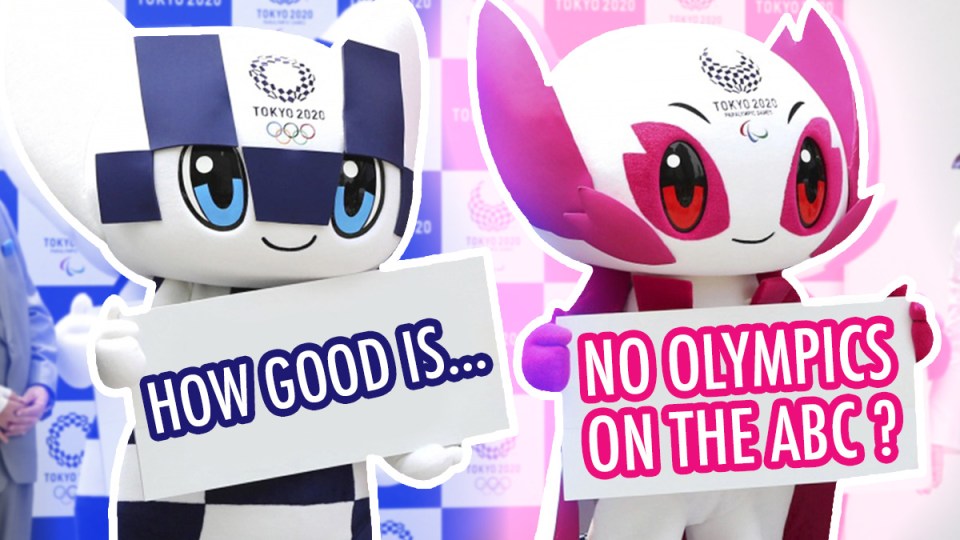 Australians won’t be hearing cries of ‘gold, gold, gold’ on their ABC come the Tokyo Olympics … although it’s unlikely the Prime Minister cares too much – it’s not like sports fans conjure up images of a politician in a green and gold tracksuit on the radio.

Still, in abandoning its radio broadcast of the Olympics for the first time in 1952, the ABC has hung a medal of sorts around Scott Morrison’s neck – a lead weight that highlights the reality of the Coalition’s long-standing budget cuts.

In fact, while the ABC was roundly criticised on Monday for its decision not to bid for the Tokyo 2020 non-commercial broadcast rights, it showcased on a podium that it no longer has the ability to do the things Australians have always expected the National broadcaster to do.

The ABC’s radio coverage of the Olympics has long offered a reach and depth that no commercial television broadcast could match.

Only on the ABC were fans brought expert coverage of sports that are not sexy enough for the prime time.

That the ABC has quit coverage of an Olympics to be held in our time zone – lending itself to a broad audience tuning in while Australians are at work and play – is a stunning rebuke to the past attempts to soldier on with less.

Cutting sport from radio hits the government where it hurts and highlights the hypocrisy of a PM cloaking himself in sporting triumph from the gifted front row seats.

The government has long trumpeted its 2030 National sports plan that aims for greater participation rates and calls for “national pride, inspiration and motivation through international sporting success”.

With Tokyo 2020 featuring ‘fringe’ events like BMX and skateboarding, while also giving ridiculous medal opportunities for top of the tree professionals in tennis and golf, there is a case to be made that the Olympics itself needs a revamp to warrant extended coverage from the ABC.

In the past, ABC moments – like Norman May’s call of the swimming in Moscow 1980 – have etched themselves into the national psyche, but it is true that Australians now get their sports news from a variety of other sources.

Former ABC broadcaster Tim Lane, who covered five Olympics from 1984 to 2000, said if the “beautiful and descriptive” letters he received was any guide his calls of Olympic games had a unifying effect on the nation.

“I recall one after the Seoul games from a school headmaster I hadn’t seen for 25 years and the Greek immigrant to Melbourne who described his late-night wave of patriotism as he listened to the 100 metre Hurdles victory of Paraskevi Patoulidou in Barcelona,” Lane said.

“There was the person who was somewhere above central Australia on a Qantas flight when the captain pumped our coverage of Cathy Freeman’s win through the audio system, causing the plane to erupt with joy.

For the radio audience, the sound coming out of the speaker was the Olympics, and this seemed to create an unusually strong connection between broadcaster and listener.”

And there lies the rub for a PM who claims to want to unify the nation through sport.

Without the support, knowledge and exposure gained through the Olympics once every four years, some sports could could find their funding the next to be cut.

The Australian Olympic Committee knows this and on Monday duly blasted the ABC.

Its rage on behalf of “eight million Australians who participate in Olympic sports” would carry more weight if it was not chasing its own sponsorship dollars by including top-line professionals from golf and tennis in the Olympics.

Consider this: Will the big-dollar Channel Seven television coverage be more likely to offer up Tiger Woods trying to win an Olympic gold medal or spend the time making new Australian heroes explaining the intricacies of grassroots skateboarding and the story of trailblazing riders like Renton Miller and Shane O’Neill?

The ABC charter demands the latter, but there’s no more cash available to pay for it.

There is also no indication from the AOC that it would be prepared to reduce its seven-figure broadcast fee to ensure radio reaches all Australians on the ABC.

The federal government last year announced it would freeze the ABC’s annual funding at the same level for three years — a move that will cost the broadcaster $83.7 million.

The government has put more money back into regional ABC funding  and the organisation itself says by not broadcasting the Olympics it can work to save more local coverage, but the ABC’s job is huge.

In the bush, local ABC sport coverage is long dead, while holding politicians to account is not always best achieved by putting the onus back on young journalists working solo shifts in regional areas.

In another life I was one of those guys and the bulletins keep churning, the phone is always ringing and the ability to expose spin, cant and corruption is a daily battle that is often lost to demands of time.

All this while grassroots sport needs all the help it can get, with clubs falling over, elite individuals sucking the resources and indigenous participation rates still a challenge.

For this reason it’s hard to argue too strongly against the ABC’s Olympics decision. It was not getting marked up by the judges in Canberra for the degree of difficulty in executing the job, so the Ultimo boffins took the straight dive.

When regional reporters can’t even get the PM to answer questions on climate change as a bushfire rages there’s a fair case that more well-trained ABC reporters on the ground and less commentators eating sushi at a sporting event is actually a good thing.

The ABC has made its call and the judges will now be the sporting public, with the government now required to execute something a little trickier – explaining why the National broadcaster can no longer compete.

There’s also a gold medal awaiting the first ABC journalist to get the PM to acknowledge that the nation’s sportspeople and playing fields are indeed being burnt to a crisp by climate change.

No gold, but ABC puts lead weight around the government’s neck