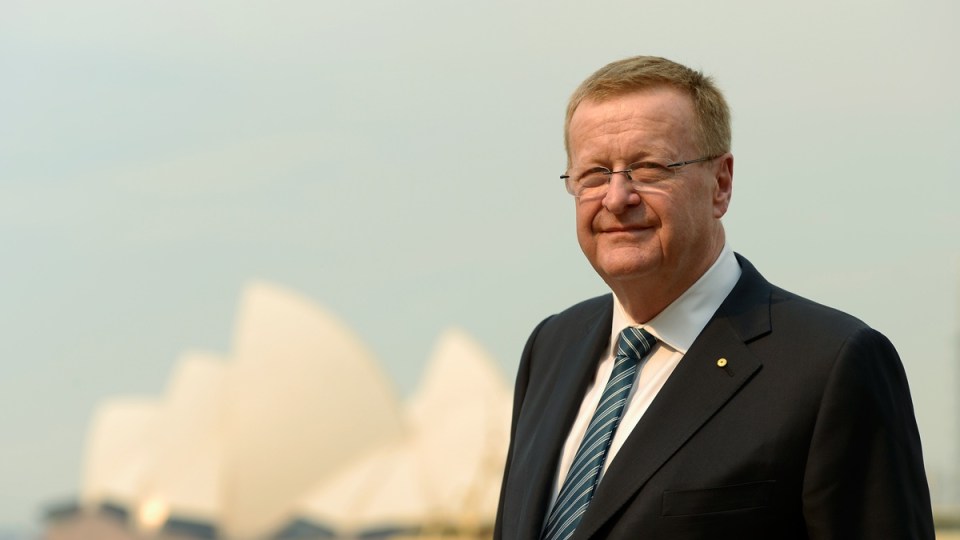 Coates has many important roles in sport. Photo: Getty

He has been described as “wily”, “abrasive” and “a streetfighter” but make no mistake, John Coates is Australia’s most formidable sports administrator.

Coates, who faces the challenge of gold medallist Danni Roche in Saturday’s vote for the top job at the Australian Olympic Committee (AOC), has held the position for 27 years.

He is also the chairman of the co-ordination commission for the 2020 Olympic Games in Tokyo, the vice-president of the International Olympic Committee (IOC), the president of the Court of Arbitration for Sport and a member of the Australian Sports Hall of Fame.

A series of bad press, which has included serious allegations about the AOC’s culture, leaked emails and the “standing down” of a high-profile staff member, is expected to help Roche in the vote, but Coates has been a long-time supporter of minor sports – something likely to work in his favour when the votes are counted.

“Coates is one of the most powerful and best networked sport administrators in Australia,” Daryl Adair, an Associate Professor of Sport Management at the University of Sydney, told The New Daily.

So how did he become so powerful?

To correctly chart the journey of Coates, who attended Homebush High School in Sydney’s west, you need to go back to 1975, when he was the manager of Australia’s team at the world rowing championships.

He was chef de mission – which he juggled with being the AOC boss from 1990 – for six consecutive summer Olympics as Australia flexed its muscle on the world stage and recorded great results.

His influence was not just felt in Australia, though, as John Bloomfield wrote in the 2003 book, Australia’s Sporting Success: The Inside Story.

“John Coates, more than any other individual, was responsible for bringing the 2000 Olympics to Australia and later for their stunning success,” he wrote.

A year after the Sydney extravaganza, Coates – who even Roche recognises has made a “terrific contribution” – joined the IOC, and he became the organisation’s vice-president in 2009.

Coates, a formidable politician and a canny lobbyist, is well-connected, but has been accused of being “autocratic and divisive”, overseeing an ingrained culture of bullying at the AOC, and of being someone who plays on a “hard man reputation”.

He was forced to apologise for his language in emails leaked last week, in which he said an AOC staff member suffering cancer should “get out in the real world” because the organisation was not a “sheltered workshop”.

Coates has plenty of supporters, though, with ex-ARU boss John O’Neill recently praising his efforts to get rugby back into the Olympics – a move that led to Aussie gold in the women’s Sevens in Rio.

A Sydney Morning Herald piece last week said while “Coates’ management style has been criticised … he must surely be a Coates of many colours, given the persuasive diplomacy he adopts outside Australia and the regard in which he is held”.

“Traditionally, there is a strong sense of commitment, but also entitlement, associated with leadership roles in the Olympic Movement,” Adair said.

“In that sense, John Coates is a typical representative.”

Central to Saturday’s vote is the dispute between Coates and John Wylie, chairman of the Australian Sports Commission, the primary funder of sport in the country.

The pair infamously clashed in February and it has been suggested – but denied by ASC board member Roche – that Wylie put her up for running for the AOC presidency.

Adair said that the bodies mix together “as well as oil and water”, a claim backed up by Roche when she spoke to The New Daily on Wednesday.

Roche said the current relationship is “dysfunctional” but one that she can fix “immediately”.

Time will tell if she is given the chance.