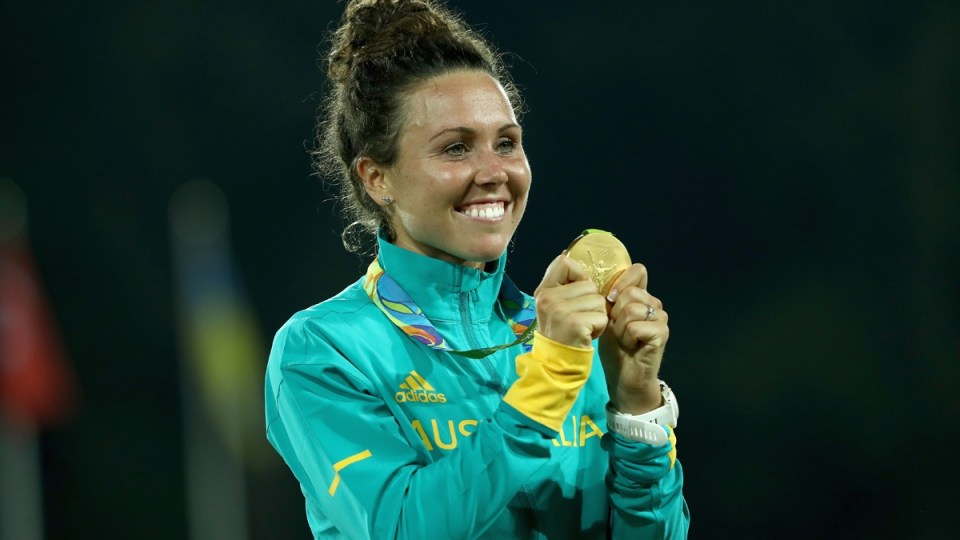 The 24-year-old – who staged a stunning comeback to win the modern pentathlon in exciting fashion on Saturday morning (AEST) – has a unique relationship with her 19-year-old brother, Max.

Not only are both modern pentathletes – they are both in Rio at the Olympic Games. 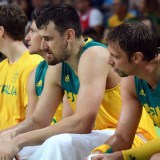 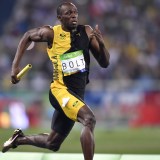 Bolt signs off from the Games with stunning treble

Inspired by their father and coach, Daniel, who competed in the event for Australia at the 1984 Olympic Games, the family moved to Budapest to be close to regular competitions.

And their dedication to the sport – which is big in Europe – paid off handsomely with Chloe’s success.

“It’s just good having someone else there doing the same thing with you,” Chloe told the ABC last year.

“We talk to each other about things, like if we’re feeling good about something or something is not going so well, so it’s just someone I can relate to.”

The sister and brother were Australia’s first athletes to qualify for the Rio Games but even then, Chloe has set her sights on a podium finish.

“After the last Olympics [in London], I was surprised with my result when I came seventh, and I said to myself ‘next Olympics I want a medal’,” she said.

Esposito did more than that.

In fact, Australia’s eighth gold rates as one of most extraordinary come-from-behind efforts of these Games.

However, after two outstanding shooting rounds catapulted the 24-year-old into third place, she powered to the gold medal position in the final run, setting a new Olympic record with 1372 points in the process.

One of the less-hyped events at the Olympics, the modern pentathlon is steeped in history like few others and is arguably one of the most unique.

It was traditionally one of the highlights of the ancient Olympics, while the current version is made up of the widely varying disciplines of swimming, fencing, show-jumping, shooting and running.

Embattled Australian chef de mission Kitty Chiller – who watched the remarkable win from the stands – would have taken special satisfaction from Esposito’s heroics after herself competing in the event in 2000.

The groundwork for Esposito’s triumph was spent in the weeks leading up to the Games, as the family ventured to Mexico for high-altitude training.

Prior to her spectacular run in Rio, Chloe praised her dad’s patience and training expertise.

“He doesn’t ask of me anything I can’t do,” Esposito told the Sydney Morning Herald.

“There are times when I’ve been a bit too emotional, but that’s at training. When we go home everything is back to normal.”

In a blog article he penned earlier this month, Cooper recounted the touching story of his and Chloe’s journey together.

“Fast forward three and a half years and here we are. I now live in Sydney and Chloe, for the most part, in Budapest (how did that happen?)” Cooper said in the article.

Cooper also detailed Esposito’s injury-plagued 2014, and an Achilles complaint that ruled her out of most of the 2016 World Cups season.

The layoffs allowed the long-distance couple to spend rare quality time together, but the setbacks severely hampered preparations for her second tilt at an Olympic medal.

“I can’t tell you how proud and excited I am for Chloe, Max, Daniel, Suzanne and Emily. It’s been a huge family commitment,” Cooper signed off his article with.

“They’ve been in it together the whole way, simultaneously been all over the world and it all comes down to one day.”

Esposito seized that day in spectacular style, after sending out a prophetic tweet last week when celebrating an early Aussie success.

There is nothing better than an underdog or an unlikely hero. It's what makes the Olympics so special! #OneTeam

But her dedication to her craft makes her certainly one of our most deserving.