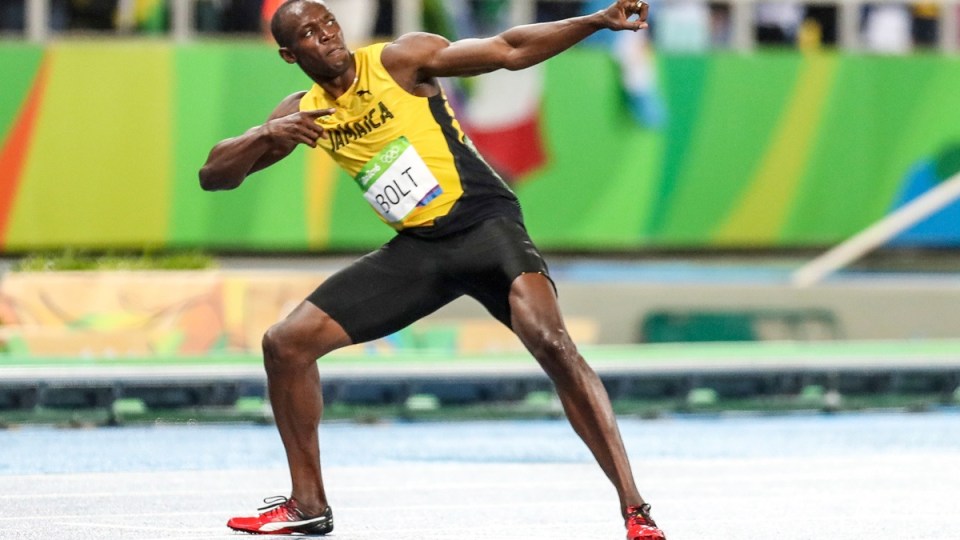 Usain Bolt is just too cool.

The Jamaican waltzed into his media conference after winning the 200m sprint on Friday and sat quietly as the “first four questions” were addressed to Andre De Grasse and Christophe Lemaitre, who placed in the race.

As reported by the ABC’s James Coventry on Twitter: “Media staff here have asked journos to play a joke on Bolt by directing all initial questions to the placegetters.”

A late arrival ruined the gag, though – not that Bolt cared.

This bloke just ruined it. He came in late and asked Bolt a question. Got roundly booed! #Rio2016 #Olympics pic.twitter.com/gAwnfyP8zC

“I didn’t mind not being asked questions! I would have just sat here and chilled,” Coventry wrote.

‘They had fun, they made a mistake, life goes on’

It’s fair to say the view Mario Andrada – official Rio 2016 spokesman – has of the Ryan Lochte saga is very different to the Brazilian police.

The star swimmer and US teammates James Feigen, Gunnar Bentz and Jack Conger are accused of lying to officials by claiming they were robbed at gunpoint on Sunday.

They could face charges as a result – but Mr Andrada thinks we should all forget about it.

“These kids tried to have fun, they tried to represent their country to the best of their abilities,” he said, as quoted by the BBC.

“They competed under gigantic pressure. Let’s give these kids a break. Sometimes you take actions that you later regret.

“They had fun, they made a mistake, life goes on.”

The theory that may explain our swimming disappointment

An excuse may have emerged after three scientists suggested a current looked to have favoured swimmers on one side of the Olympic pool.

And the trio have runs on board – they, led by Joel Stager, who is the director of Indiana University’s Counsilman Center for the Science of Swimming – are the same group who said a similar problem impacted races at the 2013 world championships.

An investigation in The Wall Street Journal has flagged the possibility of the 50m races in Rio being affected, with five of the six medal winners in the men’s and women’s freestyle races over that distance coming from lane four through to eight.

Photo of the day

What were you doing at 15? Not winning Olympic Games events, I’m guessing.

Aussie keen on ‘eating for a week straight’

Another day, another Olympian food binge.

Taekwondo fighter Safwan Khalil set his sights on a feed for the ages after finishing seventh in his competition.

“I’m going to eat for about a week straight,” he said as quoted by Fox Sports News.

“I’ve been dieting for this weight division for the past 10 years.

“I want woodfire pizza and Carmen [his fiance, who is also competing for Australia in taekwondo at the Games] will order a nice mushroom pasta which I’ll eat most of as well and then go a nice cheesecake.

“Then we will go to the shops on the way home and buy all the munchies and watch TV until we fall into a food coma!”

Carmen Marton competes in the taekwondo on Saturday.

How is this for celebration?

And didn’t they go nuts …

What to watch on Saturday

For those awake at 4am, the BMX finals, featuring Australian Caroline Buchanan in the women’s and Sam Willoughby in the men’s, appear a good way to start your day.

If you’re getting up a little later, the women’s gold medal match in football at 6.30am (AEST) between Sweden and Germany should be a nice lead-in to the Boomers’ huge clash at 8am against Serbia.

Then it’s time to turn our attention to the athletics track with the two 4x100m relays always must-see viewing.

And there’s an added element of intrigue, as Usain Bolt looks to make it nine from nine in Olympic finals with the Jamaican team.

The pick of the bunch:

Rio Olympics 2016: The prank the media tried to play on Usain Bolt