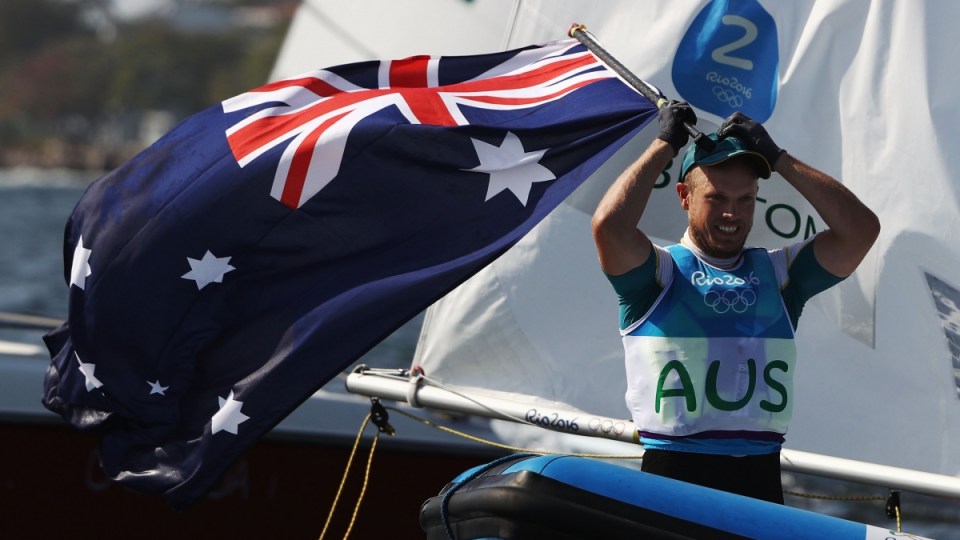 Tom Burton has won gold in the men’s laser dingy sailing after an unbelievable final race, and Jason Waterhouse and Lisa Darmanin have claimed silver in the Nacra 17 mixed race.

Burton went into the last day in second, needing to finish five places ahead of Croatian Tonci Stipanovic to claim gold.

The Sydneysider came out on top in a tactical start, avoiding Stipanovic’s attempts to push him back. He then climbed from the bottom of the pack to put the required distance between them – and continued to finish third.

That was enough to give him the win.

GOLD for Tom Burton.. Needed to do everything right to win that. Some #Olympics debut. Come on sailors remember London! (Please) #AUS

Rio is Burton’s first Olympics. Four years ago he missed out on selection to his training partner, Tom Slingsby, who went on to claim gold at Weymouth.

Burton finished second at the World Championships in 2014 and went on to win two World Cups in 2015 in Hyeres and Abu Dhabi.

He took up sailing at age nine after following his father to regattas, but his Olympic dream was sparked by a school trip to Sydney Olympic Park during the 2000 games.

The wins push Australia up to ninth in the medal tally.

But there was more to come on the water when Jason Waterhouse and Lisa Darmanin came silver in the new event, the Nacra 17 mixed race.