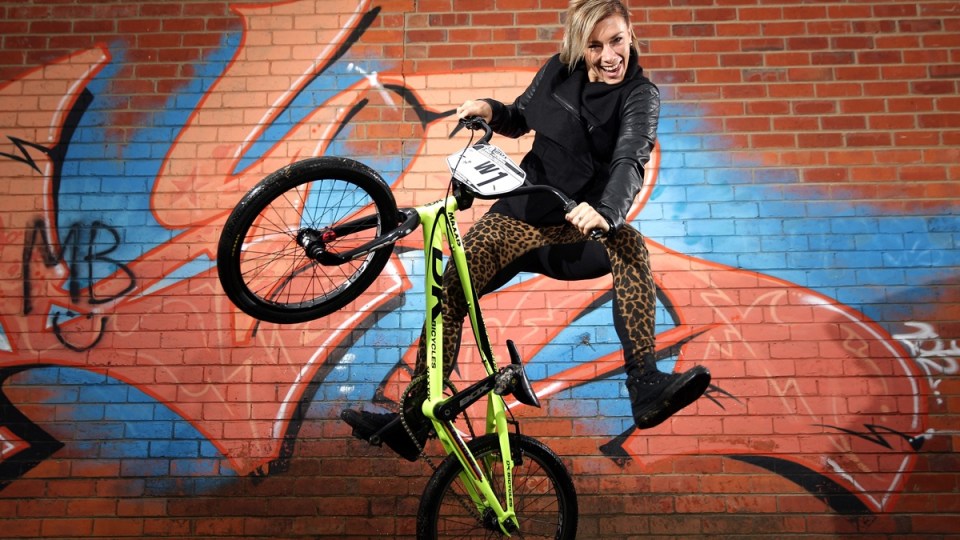 Buchanan is aiming to improve on London. Photo: Getty

Australia’s pre-Games optimism for a massive gold medal haul in Rio has been blunted.

Our swimmers underwhelmed and were followed by heartbreaking defeats in the velodrome and quarter-final exits for both the men’s and women’s hockey teams.

This morning the Opals were upstaged by Serbia in a tense quarter–final in the women’s basketball, and are now out of medal contention. 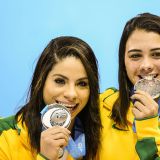 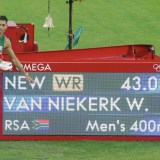 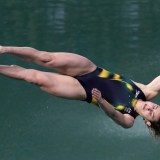 Kayaker Murray Stewart had been looking good ahead of the final of the men’s 1,000m kayak singles, but came fourth. A fourth, too, for discus thrower Dani Samuels in the final.

After Tom Burton’s win in the men’s laser sailing today the gold medal count stands at seven, down on what was expected by this stage of the Games.

But before contemplating the prospect of the lowest gold tally since the 1988 Seoul Games (three), it’s worth remembering there are a host of Aussies still in with a red-hot chance of – at the very least – pushing past the nation’s total of eight golds won in London.

Leading the green-and-gold charge in the second week of competition is BMX rider Caroline Buchanan.

The Canberra product, ranked No.1 in the world, is expected to duke it out with Colombia’s Mariana Pajon – the reigning Olympic champion – for gold.

And Buchanan has more motivation than most to strive for the top podium spot.

At London in 2012, she was the gold medal favourite and the fastest qualifier through the seeding run and the semi-finals. A nervous start cruelled Buchanan’s ride in the final, however, and she slumped to a tearful fifth-placed finish.

Buchanan revealed she saw David Beckham in the crowd pre-race, while seconds before the final it was announced over the PA system that Prince William and Duchess Kate were in attendance.

But the six-time world champion is determined to improve in Rio.

“Obviously (it’s) physical strength and building that machine, but the motor, the mongrel, the magic – everything is coming together,” Buchanan said.

“I think this Olympic Games, whether David Beckham is staring back at me or the Prince, whoever’s there, I’m in my own lane and I’m focused.”

The passion for two-wheeled pursuits is in Buchanan’s DNA.

Her dad, Laurie, was a competitive track cyclist in Britain, and Caroline has been winning national titles in BMX and mountain biking since she was at primary school.

Bikes and BMX trophies were among the few possessions the Buchanans salvaged before fleeing the family home during the 2003 Canberra bushfires.

Prevented from competing at the 2008 Beijing Games because she was too young, Buchanan has won three world titles each in BMX and mountain biking – but BMX gold in Rio would be the culmination of 20 years’ dedication to her sport.

Australia also has a strong hope in the men’s BMX competition, with Sam Willoughby – silver medallist in London and world champion in 2014 – rated among the top contenders.

Buchanan’s seeding run is scheduled for 2.30am Thursday (AEST), just over an hour before Willoughby’s.

Both finals take place on Sunday, with the women’s competition at 4am and the men’s at 4.10am.

Of course, our hopes for gold aren’t limited to the BMX.

Going around on Thursday morning are Mat Belcher and Will Ryan, considered the favourites to win the men’s 470 (dinghy) sailing.

We’re given good chances in two other sailing events and a Jared Tallent gold – that he would actually receive on the podium instead of many years later in Melbourne – would be one of the best stories to come out of Rio if it happens.

Tallent, retrospectively given his 2012 London gold medal in June of this year, starts his 50km walk on Friday evening.

And the men’s basketball team still has a shot.

While a gold seems highly unlikely given the presence of the US, the Boomers did push their more-fancied opponents in a pool match last week.

They are every chance to make the final, though.

Rio Olympics 2016: The athletes who can save Australia’s Games