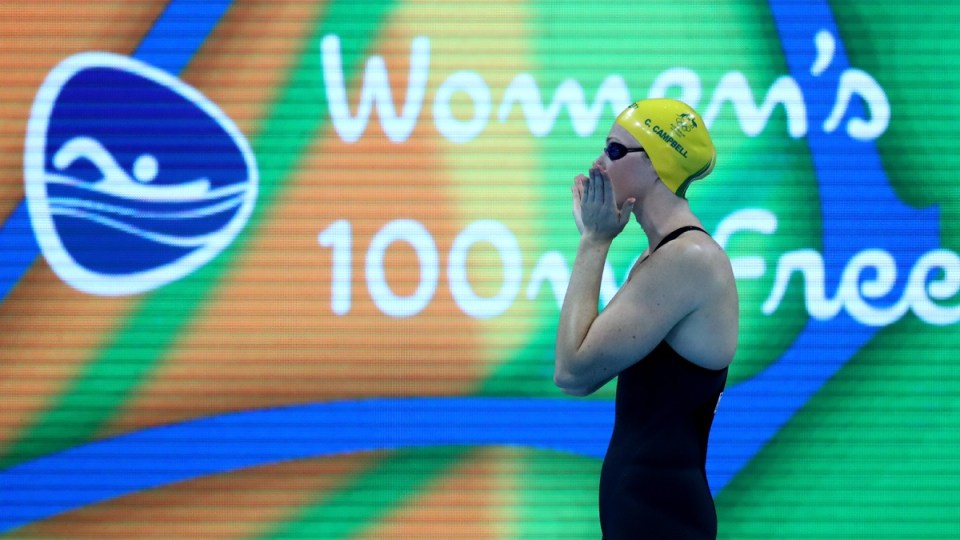 Campbell is unsure if she will keep swimming. Photo: Getty

Cate Campbell has acknowledged retirement is on her mind following an Olympic Games campaign where she failed to meet the lofty expectations she set herself.

The 24-year-old headed to Rio as the red-hot favourite in both the women’s 50m and 100m freestyle events.

Campbell’s Games started in a blaze of glory as she teamed up with younger sister Bronte, Emma McKeon and Brittany Elmslie to help Australia win the women’s 4x100m freestyle relay. 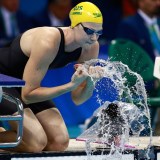 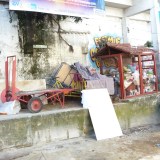 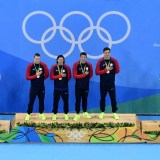 Why our Aussie swimmers were gracious but undeniably disappointing

It all unravelled from there, though, with Campbell – the world record holder over 100m – finishing sixth in that final before coming fifth over the shorter distance.

“I’m not sure I’m ready to leave the Olympic arena like this,” she said at an event for sponsor Swisse, admitting that quitting swimming was in her thoughts.

“Anything can happen but I’m thinking of sticking around.

“I’ve always said that I want to be remembered for who I am outside of the pool rather than what I did inside the pool.”

While Australian fans will take solace that Campbell is “thinking of sticking around”, it was hardly a committed statement from a swimmer still coming to grips with the fact she did not win individual gold.

“It’s hard to explain to people what it’s like,” she said.

“I’ve put in sort of 20 years of work and it comes down to less than 60 seconds.

“I think it’s very hard to pinpoint the moment where it went wrong. I’m still struggling to come to terms with it.

“I keep waiting to wake up and have another go but there isn’t another go.”

Campbell has been particularly forthright in her opinions of her own performances, including a post-race comment to the Seven Network after her 50m final in which she bemoaned the “greatest choke in Olympic history”.

It was a harsh self-criticism from the swimmer, who says her next challenge is to not “be bitter” about her performances.

“I didn’t walk away from this Olympics as an Olympic individual gold medallist but I think I can still hold my head high,” she added.

“It’s about giving myself breathing space.

“I don’t think that I want to be ashamed of myself for this week. I can be disappointed but I don’t think there was anyone else in Australia who could have done better.”

Cate’s younger sister, Bronte, says she’ll be taking a break from swimming – but only a temporary one “to get my body right”.

And she is fully committed for the next Olympic Games in Tokyo.

“In four years’ time I’ll be 26 which is four years older than I am now but it’s not that old. I’ve always had 2020 as a goal of mine and even more now,” she said, adding that she had “no regrets”.

“I did all I could and I don’t think there is anyone in Australia, apart from Cate, who could have done better than me.”

Australia are likely to alter their approach to the next Games, with head swimming coach Jacco Verhaeren set to place less emphasis on world championship meets.

“I think it’s really important that we look at a four-year cycle [based on the Olympics], as opposed to trying to be at our very best next year.”

‘Under siege’: Trump reveals FBI raid of home
Revealed: Australia’s richest postcodes – and professions
Colour and triumph for Australia as Commonwealth Games close
Monkeypox vaccines arrive for most at risk
Russia ‘using nuclear plant as base’ as UN slams attacks
Father, son get life for Arbery hate crime
Rio Olympics 2016: Sorry Phelps, but Bolt is the greatest of all time
Today's Stories