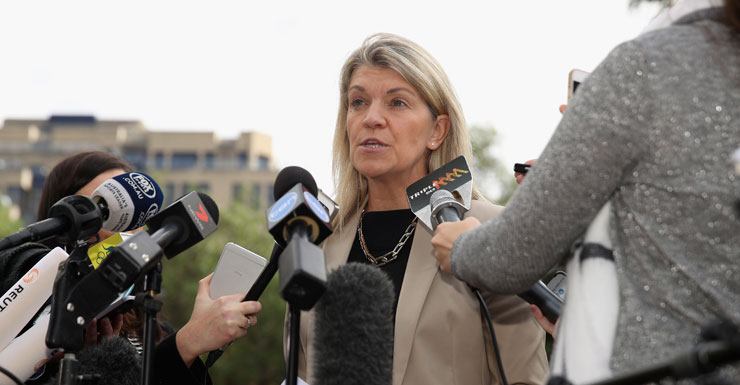 Australia’s men’s sevens players have reportedly landed in strife after a drunken night out in Copacabana.

The incident has prompted Australian Olympics boss Kitty Chiller to “read the riot act” to the team.

Fairfax Media reports that some players staggered into the athletes’ village around 9am on Saturday.

It’s understood team captain Ed Jenkins lost his accreditation but eventually found it and was allowed back in.

Upsetting Chiller and team officials is that team leader Luca Liussa was also said to be with the players.

In the lead up to the Olympics, Chiller had made it clear that no Australians would be permitted to drink in the athletes’ village.

The Australians were knocked out of the men’s draw by South Africa at the quarter-final stage.

“Yes, I read them the riot act,” Chiller said when contacted by Fairfax Media on Saturday night.