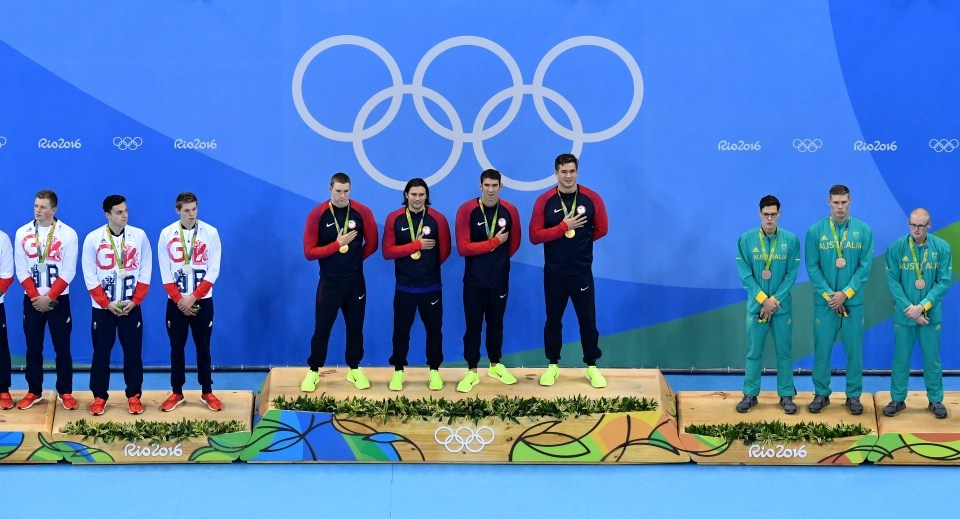 The Australian squad boasted a host of gold medal favourites but the expected bounty failed to materialise. Photo: Getty

Swimming at the Olympic Games is done for another four years.

While the gracious Australian team’s campaign has been free of the controversy and misbehaviour that plagued the London Games in 2012, it has undeniably been marked by similarly disappointing results.

The Dolphins squad boasted a batch of gold medal favourites but the expected bounty failed to materialise thanks to a string of extraordinary chokes.

And the cost? As much as $40 million according to this report in The Courier-Mail. Some might ask whether Australians received value for their investment, and whether that should be measured in gold.

It has been suggested that our swimmers merely peaked too early, but the overwhelming evidence – and the frank admissions of the swimmers themselves – confirms they cracked mentally under the weight of enormous expectation.

The Aussies weren’t necessarily beaten by better swimmers. For the most part, they beat themselves.

In the end, we finished with three gold, four silver and three bronze in the pool, despite pre-Olympics talk that Australia could challenge the USA (who won 16 gold, eight silver and nine bronze) as the Games’ dominant swimming nation.

The squad got off to a flyer as the women’s 4x100m freestyle relay team clinched gold on day one, a triumph Mack Horton swiftly followed up with a stirring upset win in the men’s 400m freestyle event.

But there would be just one more gold, a shock victory for South Australian teenager Kyle Chalmers in the 100m freestyle – a race that also epitomised the Dolphins’ stunning underachievement.

Chalmers’ success was partly overshadowed by the failure of teammate and pre-race favourite Cameron McEvoy, who recorded the fastest ever time in a textile swimsuit in the 100m freestyle earlier this year but finished seventh in the Olympic final.

Mitch Larkin, the 2015 male world swimmer of the year, came into Rio as favourite to take out the men’s 100m and 200m backstroke double.

He finished fourth in the 100m before recovering to grab silver in the 200m.

Larkin’s girlfriend, Emily Seebohm, also failed to live up to the hype.

Like Larkin, she was on course for the 100-200m backstroke double after winning both events at last year’s world champs, but the 24-year-old came seventh in the women’s 100m and crashed out in the semi-finals of the 200m event.

She broke the Olympic record in the heats and the semis, but inexplicably finished sixth in the final.

And she could only finish fifth in the 50m freestyle decider – another event she was tipped to win.

McEvoy admitted he fell victim to stage-fright before his 100m final blowout, where his time was more than a second shy of his world record mark.

Campbell described her effort in the 100m freestyle final as “possibly the greatest choke in Olympic history”.

Australia’s silver medal success in the women’s 4x100m medley relay on Sunday underlined the choking theory, too, rather than the notion that they may have reached their zenith too soon by dominating last year’s world championships.

Campbell swam a blistering freestyle leg in a time of 52.17 seconds.

USA’s Simone Manuel and Canada’s Penny Oleksiak shared the gold after dead-heating in 52.70 seconds in the 100m final, while Campbell lagged behind in 53.24 seconds.

Seebohm recorded a backstroke leg time of 58.83 in the medley relay final, an improvement of 0.36 seconds on her time in the 100m final.

At least one high point came on Sunday, when Chalmers recorded a 46.72 second split in the freestyle leg of the men’s 4x100m medley relay, a time quicker than the 100m freestyle world record in an extremely positive sign for the future.

The Dolphins can also leave Rio with their heads held high for the way they have carried themselves out of the pool – a far cry from the boorish 2012 squad.

But, unfortunately, they don’t hand out medals for honest and humble post-race interviews.

“There’s been a lot of ups and down for us as a team this week but I couldn’t be prouder to be in this team,” Horton said after his fifth-placed effort in the men’s 1500m freestyle final.

While the team’s culture shift is admirable, Australia’s swimmers will undoubtedly return home haunted by the harrowing emptiness of Olympic opportunities lost after failing to compete to their potential.

Four years is a long time in swimming.

And the reality is most of them won’t get the chance to make amends at the 2020 Tokyo Games.

Why our Aussie swimmers were gracious but undeniably disappointing