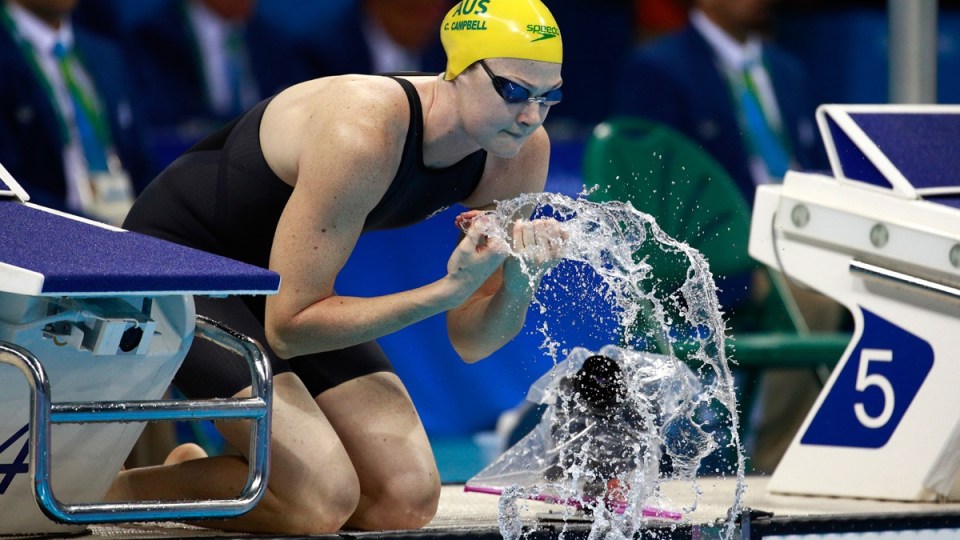 Australia’s Cate Campbell has admitted she spent too much emotional energy in the build-up to her Olympic 100m freestyle final that ended in bitter disappointment rather than the triumph many had expected.

The Brisbane-based swimmer broke the Olympic record not once – but twice – in a pair of ominous displays on Thursday (AEST).

That made the world record holder the clear favourite for the final and things looked good for Campbell at the turn.

Not only did she lead, but younger sister Bronte was second as hopes of an Australian one-two finish were raised.

Cate Campbell flagged in the dying stages, though, and could only finish sixth in a time of 53.24 seconds. Bronte (53.04secs) was fourth.

“I just spent too much emotional energy in the lead-up,” Campbell said afterwards.

“I let my head get ahead of me. It’s not something I should do.”

Cate was widely expected to win the gold medal and she acknowledged that her mind had not been fully focused on the job.

“It’s hard when you are in form coming into an event not to think about outcomes,” she added.

Cate’s race ended a disappointing day in the pool for Australia, after Mitch Larkin could only grab silver in his men’s 200m backstroke final.

“It’s a bit too early to really analyse it but I would say it’s more the overall experience, the expectation and the Olympic final [that got the better of her],” he said.

“Looking at her swims in the relays, for example, and in the heats and the semis, [she] looked very smooth, very comfortable towards 52.7 [seconds].

“We can really only put it to nerves and nothing else.”

Verhaeren said that the high expectations on the likes of Cate Campbell, Mitch Larkin and Cameron McEvoy – who failed to qualify for the men’s 50m freestyle final on Friday after finishing seventh in the 100m decider of the same discipline he was favourite in one day earlier – were something the swimmers simply had to deal with.

And he said he could see Cate cramping during the second half of her race.

“Whenever you go to an Olympics, there is always expectations. You can’t deny them,” he said.

“You need to be able to deal with those. There is no excuse for expectations.

“I saw definitely with Cate and Cam that that [expectation] played a role in their race execution in the final.

“[With Cate], definitely after 70 metres or so you could see her cramping.

“Her own coach, Simon Cusack, saw it earlier in the race but he knows her best, of course, seeing the stroke rhythm, the stroke pattern. She was really cramped in the first 50.

“She went out in a great time but not in the best possible way. That makes her, let’s say, struggle in the finish.”

Hopes are still high of further medals in the pool, particularly on Sunday when Cate Campbell will take on the 50m freestyle.

The women’s 4x100m medley relay is on the same day, too, as is Mack Horton’s much-anticipated rematch with Sun Yang in the men’s 1500m freestyle.

And Verhaeren said spirits remain high in the Australian camp.

“The team is really staying in good spirits,” he said.

“We’ve had some great swims and definitely we had some downs. It’s a little bit of a mixed bag.

“We can’t be happy with all the swims we have seen and we have had some disappointments – but let’s not forget we have three wonderful gold medals and a lot of others [medals] as well.”