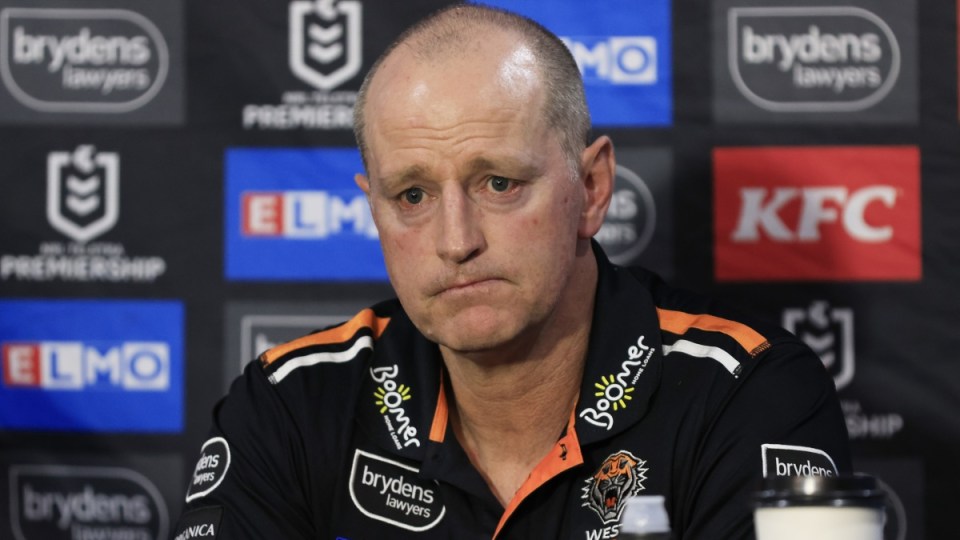 The NRL is set for a game of musical chairs after one of the most tumultuous days in the competition’s history ended with two head coaches being sacked.

Nathan Brown left the Warriors on Tuesday morning following a disastrous 18-month spell in charge of the club and by the afternoon the Wests Tigers had shown Michael Maguire the door.

Maguire lasted three-and-a-half years at the Tigers and he and Brown will join sacked Canterbury coach Trent Barrett as casualties of the 2022 season.

Interestingly, it’s not the first time two rugby league clubs have sacked coaches on the same day this year, with English clubs Bradford and Widnes both wielding the axe in April.

On this side of the world, the speed of change is likely to spark a race between clubs to sign the best candidates on the market.

Whoever takes charge, the three clubs are facing a varying set of challenges.

For the Warriors, who have played just one finals game in 10 seasons, being away from Auckland for three years has led to a revolving door of administrative staff and players.

The club allowed Brown to build its roster for next year, meaning the squad and the junior system, which has been decimated by COVID-19, will take some time to reshape.

“We’re not scared of a rookie coach,” chief executive Cameron George said. “To be honest, I want to see someone who is a bit of a hard arse.”

Woolf might appear the natural contender, but Warriors owner Mark Robinson has made a point of disassociating his club from deregistered player agent Isaac Moses, whose firm represents Woolf.

The Tigers have indicated they want Ciraldo, with head of football Tim Sheens declaring on Tuesday that they needed “a development coach”.

The Tigers haven’t played finals since Sheens left as head coach in 2012 and have churned through four head coaches in that time.

Tigers the most attractive proposition

Maguire’s successor will take over a roster which is improving and the arrivals of Isaiah Papalii and Api Koroisau next year, and an impressive slew of young talent arguably makes the Tigers the most attractive proposition.

“We need someone for at least three or four years,” Sheens said.

“(The next coach must be) prepared to work with young ones as well as give the senior ones a go.”

Canterbury has been quiet since Barrett quit 18 months into the job in May.

Flanagan has publicly pitched for the role but the Bulldogs have spent the last nine months trying to offload his son and their halfback, Kyle, and signing his father would muddy the water.

The club still doesn’t have a top-level No.7 or a fullback and its roster is in a state of flux.

The next coach would also have to work with head of football Phil Gould who intervened in Barrett’s coaching and team selection.

“I’ve had no applicants,” Gould said last week. “Nor am I waiting for any applicants.”

Given the speed in which clubs burn through their coaches, is it any wonder why?