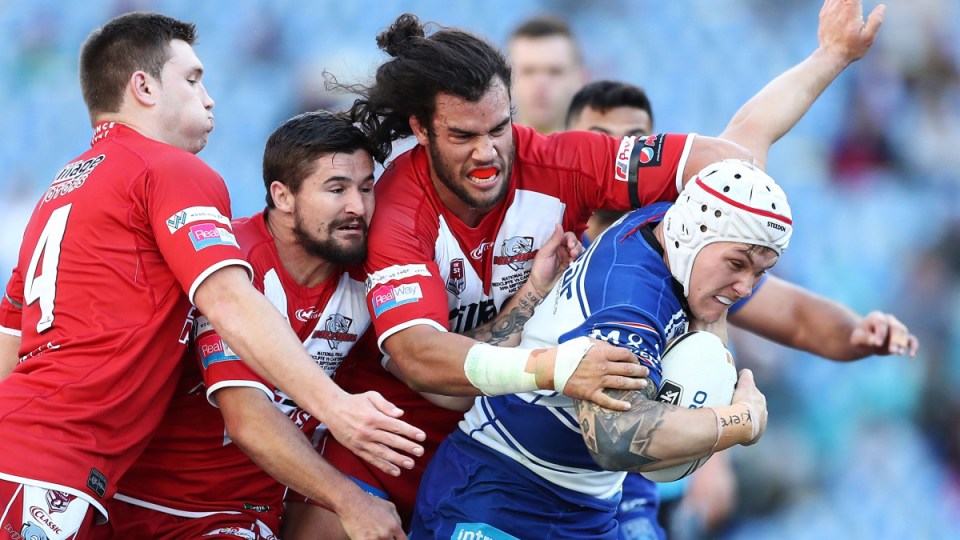 The Dolphins (in red) have been granted a licence to join the NRL in 2023. Photo: Getty

The Dolphins will be Brisbane’s second side, with the Redcliffe-backed team confirmed as the NRL’s 17th team, joining the expanded competition in 2023.

The Australian Rugby League Commission on Wednesday announced it had approved both the expansion of the competition and Redcliffe – to be known as The Dolphins – as the successful bid ahead of other expansion hopefuls Brisbane Firehawks and Brisbane Jets.

Wayne Bennett is expected to become The Dolphins’ inaugural coach, although the coaching great is yet to sign with the new club, and he should prove a big drawcard for player recruitment.

Bennett was first coach of the Brisbane Broncos when they joined the competition in 1988.

The Dolphins become the NRL’s first expansion team since Gold Coast, which joined the premiership in 2007.

Adding the 17th team will mean the NRL becomes a 26-round competition, with every team continuing to play 24 games with two byes. The total number of regular-season games will rise from 192 to 204.

ARLC Chairman Peter V’landys said it was a landmark moment in the game’s history and would continue the push to grow the game in Queensland.

“Today is an exciting moment in the history of our game … on behalf of the Commission I would like to congratulate The Dolphins on being granted the 17th licence,” V’landys said.

“I would also like to acknowledge and thank the other bid teams for the work they put into their submissions. All three bids were of the highest calibre and highlight the strength of rugby league in Queensland.”

V’landys said expanding the game in the sunshine state was key to the long-term growth of the sport, with more fans, participants and commercial investment.

With reportedly about $70 million in assets and $20 million in cash reserves, the Dolphins will be one of the richest teams in the competition.

“Rugby League is part of Queensland’s DNA and to have four teams based in Queensland will further strengthen our game as the No.1 sport in the state,” V’landys said.

“Expansion is also a really important part of our participation strategy.

“It will be a condition of the licence that the Dolphins spend $2 million every year on participation and growing the women’s game in Southeast Queensland.

“Our focus over the next year is revitalising our participation strategy and The Dolphins will be an important part of that in Queensland.”