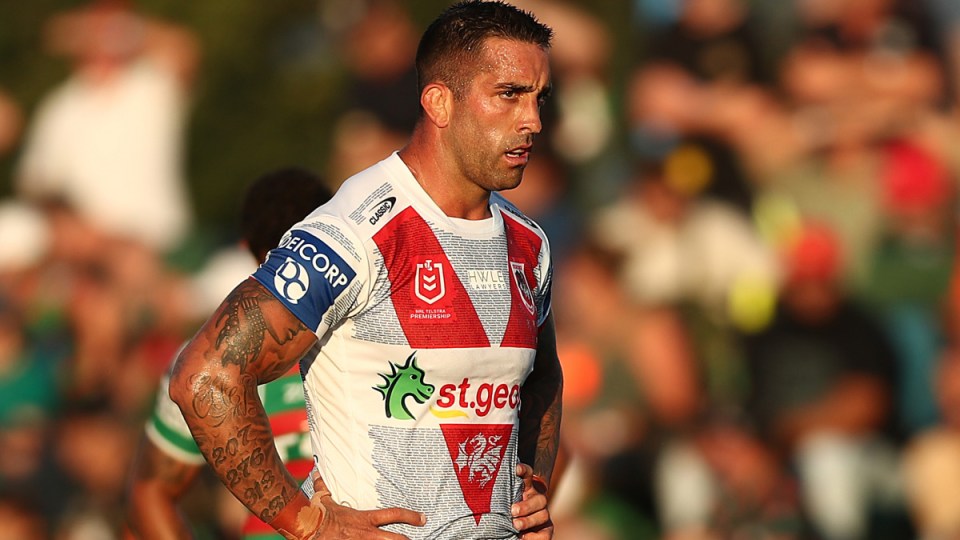 Paul Vaughan has been sacked by St George Illawarra after the prop hosted an illegal party at his home last Saturday, which was attended by 12 other Dragons players.

In an emergency meeting on Tuesday, the board decided to tear up the remaining 15 months of his deal.

Vaughan had already been fined $50,000 by the NRL and slapped with an eight-game ban for breaching COVID-19 protocols, as well as fined by NSW Police for breaking the health order.

Earlier, a furious St George Illawarra boss Ryan Webb has slammed the arrogance of the Dragons’ dirty 13, refusing to rule out further sanctions beyond the 20 games in bans and big fines from the NRL.

“The 13 players’ arrogance and ignorance to both the NRL biosecurity protocols and the state government’s public health order is upsetting and infuriating,” Webb said.

“Every member of the club’s Apollo register were communicated their responsibilities … on numerous occasions.

“All 13 players have let the rest of their teammates, the entirety of our hard-working staff, their families, the wider community and most importantly our Red V members, partners and fans, down.

“The entire club and our stakeholders will now be punished as a result of the combined 20-week suspension.”

Other players involved in the party were issued with one-game suspensions and varying fines, with the bans to be served over the next month.

The punishment also took into account players’ histories and claims information was withheld from the NRL after it emerged only on Monday that Jack de Belin also attended the party.

The fracas came as NRL bosses try to keep the game going despite coronavirus outbreaks across the country closing state borders.

“They chose to risk the continuity of our competition,” NRL boss Andrew Abdo said.

“On the information we have, the players understood the protocols and deliberately chose to ignore them.

“The sanctions handed down today puts every player in the game on notice – particularly repeat offenders – this sort of conduct will not be tolerated.”

The fines come on top of the $1000 already issued by NSW Police on Sunday.