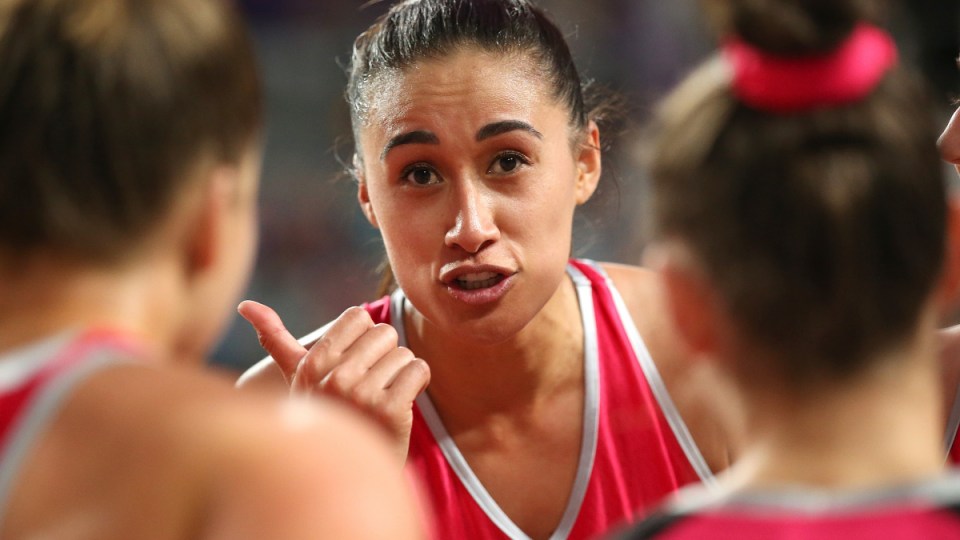 Maria Folau on court for the Thunderbirds during the Super Netball 2019 season. Photo: AAP

Folau, the wife of axed Wallabies star Israel Folau, won the Thunderbirds’ best-and-fairest award for 2019 but won’t return to the Adelaide club or any Super Netball rival.

The 32-year-old Folau’s season in Adelaide was marred by the furore surrounding her husband’s religious social media posts.

Israel Folau’s contract with Rugby Australia was terminated after his posts. He is now embroiled in an unfair dismissal case against rugby’s governing body.

Maria Folau was drawn into the controversy in June when, on her social media accounts, she shared Israel’s crowd-funding campaign for his legal fight. The campaign was later shutdown.

Australian netball hierarchy investigated Maria’s actions but ruled she didn’t breach any of the competition’s rules.

Adelaide was keen to re-sign Folau but the Kiwi veteran rejected overtures to return.

She is, however, still playing top-level netball – at least for the immediate future.

Folau played a leading role in the Silver Ferns’ narrow win over the Australian Diamonds in the Constellation Cup opener on Sunday. She is also likely to be named in the New Zealand team for Wednesday’s second Constellation Cup match in Auckland.

“To be honest I’m not too sure,” she told TVNZ. “I’ve just sort of got her in this mix here and just taking it series by series and not putting the pressure on.”

Folau’s contribution to netball had been amazing, Taurua said.

Meanwhile, the Thunderbirds have signed South Africa’s first-choice goalshooter Lenize Potgieter as a replacement for the Kiwi star.

“[Potgieter] is an athlete who has excelled on the international stage and will be looking to stamp her mark on the competition,” Thunderbirds coach Tania Obst said on Tuesday.

The contracting period for all Super Netball clubs ended on Monday.