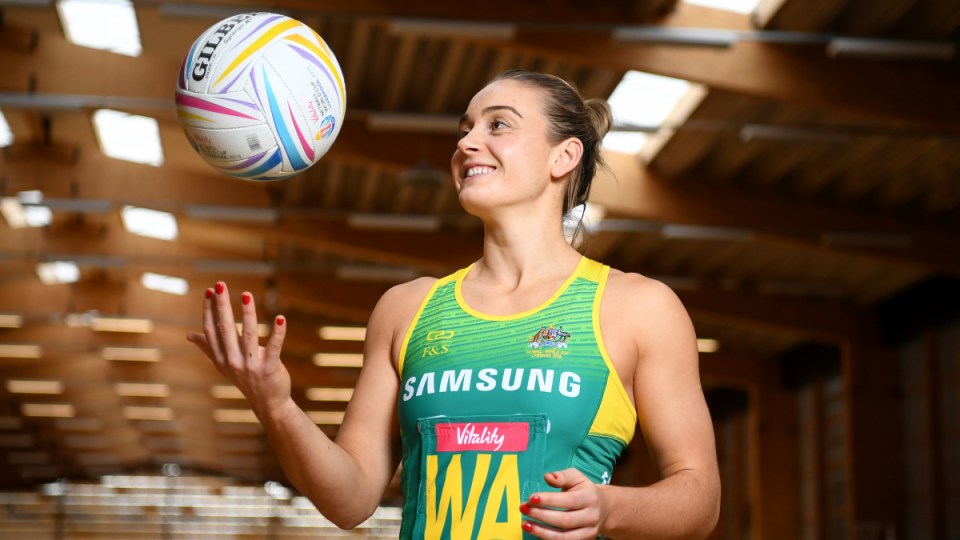 But the ageless Langman is not only playing in Sunday’s opening Constellation Cup match in Christchurch, but this week signed to play another year in the Super Netball competition with Sunshine Coast.

“I thought she’d retire and I’d have a bit of a break from her,” Watson joked.

Watson actually credits 33-year-old Langman for making her a better player, with the Victorian last year recognised with the award as Australia’s best netballer.

“I actually debuted with the Vixens against Laura back in the day and we’ve had some good battles along the way, but I’ve learnt so much off her,” Watson, 25, said.

“She’s definitely brought out my best game from having to learn how to play against her in tight games – just seeing how she steps up to take it on.”

The Diamonds are out for revenge after that one-point World Cup loss and are desperate to keep the Constellation Cup, which they held for the past six years.

They have two Tests in New Zealand followed by one in Sydney and Perth.

Watson said the pain of the loss was still keenly felt, with Australian coach Lisa Alexander in no rush to sweep it aside.

“When we first got to Christchurch, Lisa read out a bit of a theme for the tour and that’s that our opponents are going to be the world champs for the next four years,” the vice-captain said.

“To hear it like that it’s like ‘wow it’s so true, we’ve got to wait four years to earn back that world championship title’.

But we are still ranked world No.1 and we want to show why, and this is an opportunity for us to show that.”

With four new faces joining the squad, selection in wide open in Christchurch, which Watson said was a positive thing.

She has a new midcourt threat in Lightning’s Laura Scherian, who could become the oldest ever Diamonds debutant at age 31.

“Lisa’s made it pretty clear it will be made on current training form, and that gives everyone that bit more motivation and competitiveness amongst the group which is healthy.

“I love the fact that we pick our team based on current form and those players deserve to be here.”

Netball: Australians get another chance at Silver Ferns