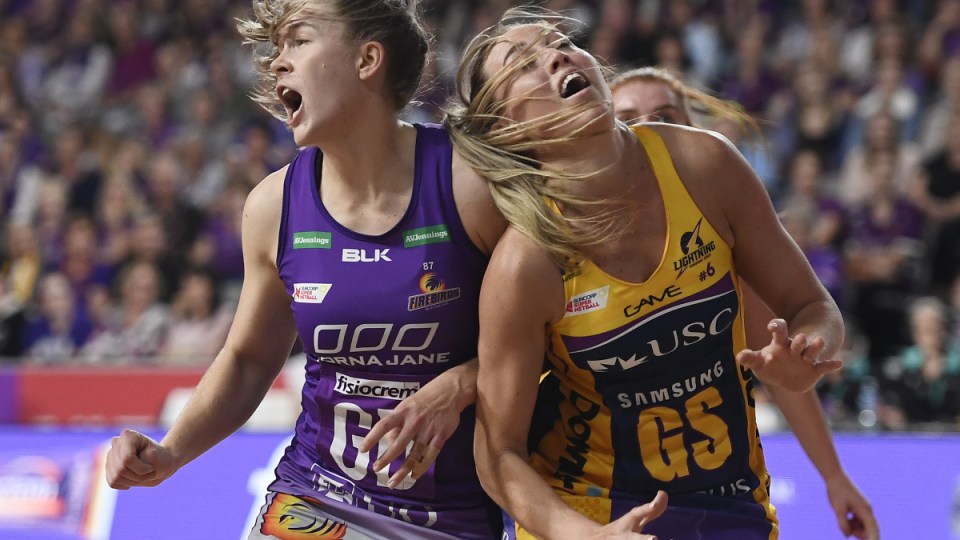 Cara Koenen of the Tough fight: Lightning and Kim Jenner of the Firebirds Photo: Getty

Neither fatigue nor jet lag bothered the Sunshine Coast Lightning as they ended Super Netball’s World Cup hiatus with victory over the Queensland Firebirds in Brisbane.

A second half fightback from the winless hosts was also immaterial as the two-time defending champions banked a 66-64 victory at the Queensland Netball Centre on Saturday.

Nine players were back in action after World Cup action is England less than a week ago and showed no ill effects before Firebirds captain Gabi Simpson’s 100th top level game ended in disappointment.

Fresh from a relaxed recovery on the Sunshine Coast, midcourt general Langman and Australian international Steph Wood (26/29) combined effectively for shooter Cara Koenen as the Lightning led 36-29 at halftime.

Koenen made the most of her opportunity to start ahead of Peace Proscovia by nailing 37 of her 40 attempts.

The introduction of goal keep Laura Clemesha for the third quarter slowed the Lightning’s momentum, but World Cup stars Gretel Tippett (30/31) and Jamaican Romelda Aiken (30/32) could not quite bridge the gap.

“I was really happy we set ourselves up in that first half. We played some beautiful netball,” said Lightning coach Noelene Taurua.

“It’s a start, it’s good for us to get the points on the board.”

While disappointed with the outcome, Firebirds coach Roselee Jencke had the satisfaction of watching daughter Macy Gardiner make a promising debut.

“Nice girls aren’t going to win games. We needed to step out and show that mongrel,” she said.

“Our attack end is under constant pressure from start to finish and we need to do the same.”