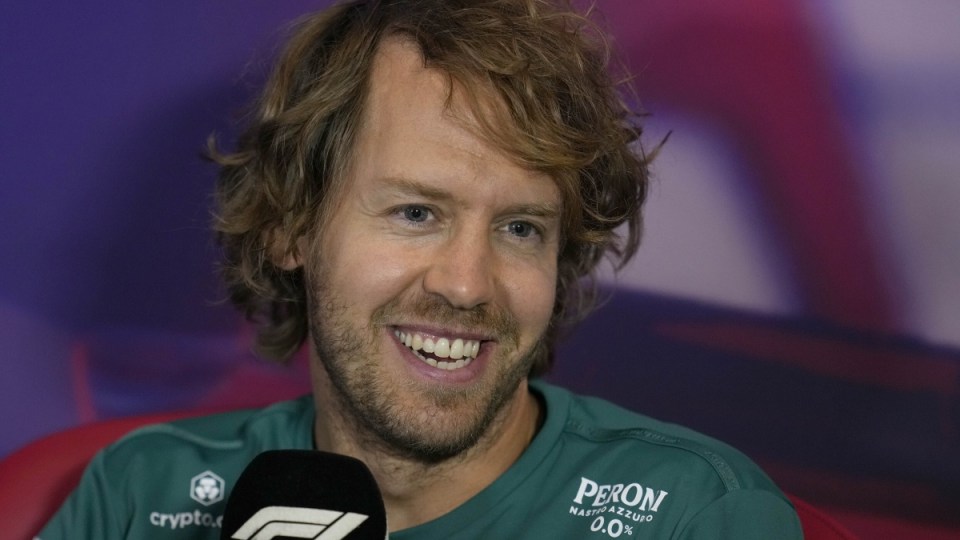 Sebastian Vettel is headed into retirement at the end of the Formula One season. Photo: AP

Sebastian Vettel has announced he is retiring from Formula One at the end of the season.

The 35-year-old will bring the curtain down on a career which yielded four world championships and 53 wins.

Vettel, who started his F1 career midway through the 2007 season and enjoyed his best years with Red Bull, made the announcement ahead of this weekend’s Hungarian Grand Prix.

The Aston Martin driver, who lies 12th in the championship, said: “I have had the privilege of working with many fantastic people in Formula One over the past 15 years – there are far too many to mention and thank.

“The decision to retire has been a difficult one for me to take, and I have spent a lot of time thinking about it.

“At the end of the year I want to take some more time to reflect on what I will focus on next; it is very clear to me that, being a father, I want to spend more time with my family.

“But today is not about saying goodbye. Rather, it is about saying thank you – to everyone – not least to the fans, without whose passionate support Formula One could not exist.”

The German was hired to end Ferrari’s title drought but failed – and was ultimately dropped by the Italian team at the end of 2019.

Vettel moved to Aston Martin team ahead of its return to the Formula One grid after decades away.

But the British-based team has struggled for results, with Vettel deciding to walk away rather than continue for another campaign.

He added: “Over the past two years I have been an Aston Martin driver – and, although our results have not been as good as we had hoped, it is very clear to me that everything is being put together that a team needs to race at the very highest level for years to come.