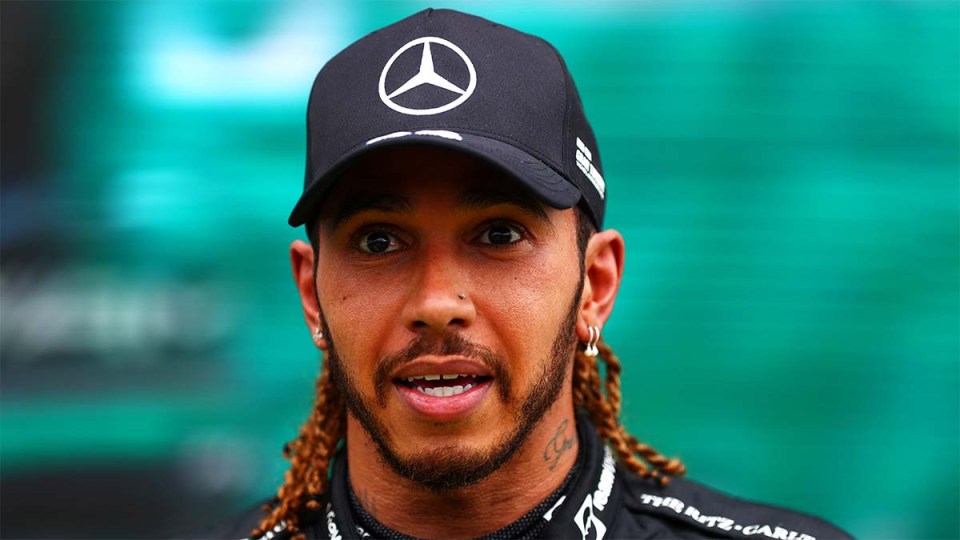 Also on Tuesday championship leaders Red Bull terminated the contract of Estonian reserve driver Juri Vips after investigating a racial slur made during a live stream.

In a Brazilian interview on YouTube in November, Piquet, 69, used a racial slur when referring to the seven-time world champion, when commenting on Hamilton’s British Grand Prix crash with Max Verstappen.

The slur, which was in Portuguese in the YouTube interview, is reportedly similar to the N-word.

He also said Hamilton had “played dirty” in the incident. Piquet’s daughter Kelly is Verstappen’s partner, and the comments resurfaced as the drivers prepare to return to Silverstone this weekend.

Hamilton, who was recently awarded honorary Brazilian citizenship and is the sport’s only Black driver, responded on Twitter.

“It’s more than language. These archaic mindsets need to change and have no place in our sport,” the Mercedes driver said.

“I’ve been surrounded by these attitudes and targeted my whole life. There has been plenty of time to learn. Time has come for action.”

He also wrote in Portuguese, “Vamos focar em mudar a mentalidade” which translates in English to, “Let’s focus on changing the mindset”.

Motor racing’s governing body FIA, Formula One and Mercedes all issued statements condemning racism but without mentioning Piquet by name.

Other drivers leant their support to Hamilton.

“Those who still choose to spread hate and use those words are no friends of mine,” Australian Daniel Ricciardo wrote on Instagram.

“I want to acknowledge Lewis and all the work he has done both on and off the track to not only spread messages of equality but combat that hate.

“I’ve never dealt with any racially motivated actions, but he has for his entire life. Yet each time his response to the hate is motivated by maturity, positivity and educating the world on how we should act.

“I stand with him and will do whatever I can to follow and support.”

George Russell added: “[Hamilton] has done more for the sport than any driver in history, not just on track but off it. The fact that he and so many others are still having to deal with this behaviour is unacceptable. We all need to stand together against discrimination of any kind.”

Piquet’s press team did not immediately respond to a request for comment.

But the Brazilian champ faces a potential F1 ban unless he apologises. As a former champion, he has so far enjoyed  access throughout the season – one senior source hinted this was under threat.

“The view very strongly is that if he doesn’t publicly apologise and speak to Lewis directly, you won’t be seeing him on the paddock again,” they said.

Brazil’s former environmental minister, Carlos Minc, called Hamilton, who was made an honorary citizen of Brazil this month, a hero, and said the driver had helped in the fight against the clearing of a forest to build a circuit in Rio de Janeiro.

Piquet, who won his titles in 1981, 1983 and 1987, has been a vocal supporter of far-right President Jair Bolsonaro. He drove the presidential Rolls-Royce during a ceremony last year.

Vips, a 21-year-old Formula Two driver, was suspended by Red Bull last week after a video appeared on social media of his comments while gaming on the Twitch platform. He apologised for his “entirely unacceptable” language.

Red Bull said they had “terminated Juri’s contract as its test and reserve driver,” adding, “the team do not condone any form of racism.”