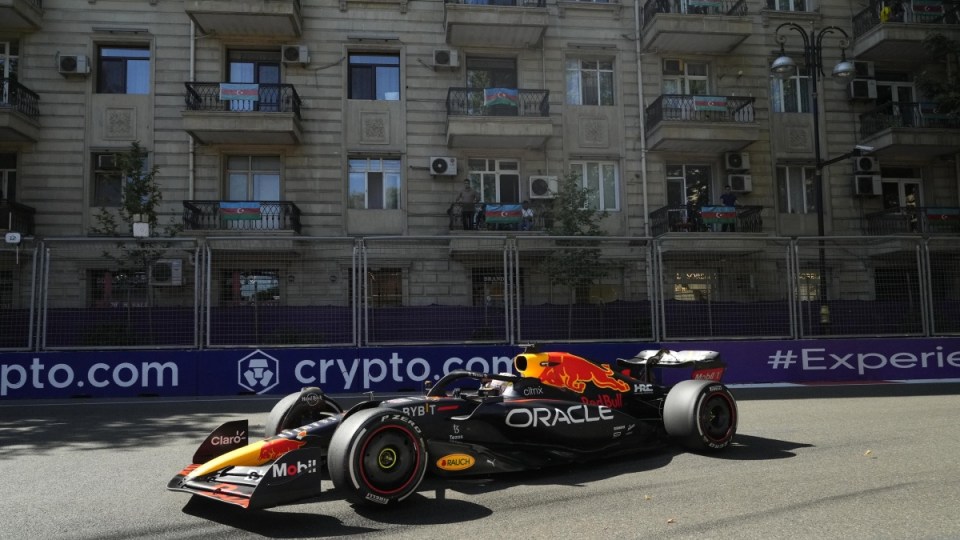 As Charles Leclerc’s Formula One title challenge falls apart, Max Verstappen is there to take advantage.

Verstappen extended his Formula One championship lead by winning the Azerbaijan Grand Prix on Sunday after Leclerc retired from the lead with an engine failure.

Australian Daniel Ricciardo, who’s been struggling most of the season, finished eighth in his McLaren.

Leclerc started from pole but immediately lost the lead to Sergio Perez, Verstappen’s Red Bull teammate, in the first corner.

The Ferrari driver regained the lead with a smart strategy call to pit under “virtual safety car” speed restrictions while the two Red Bull cars stayed out.

Leclerc seemed to poised to challenge for the win, but the Monaco driver’s car started spewing smoke on lap 20 of 51 and he had to pull into the pits. It was his second retirement in three races.

“It hurts. We really need to look into that for it to not happen again. I don’t really find the right words to describe, obviously it is very disappointing,” Leclerc said.

Verstappen had passed Perez shortly before Leclerc’s failure and the reigning F1 champion cruised to his fifth win of the season.

Another new winner in Baku!

Verstappen took the win a year after he was headed to victory in Baku, only for a blown tyre to hurl him into the wall while leading with three laps to go.

There were more late reliability concerns on Sunday when Verstappen told his team the car felt odd under braking, but he was able to make it to the finish.

“You can never make up what you lost last year but I think today we had incredible pace in the car, we could really look after the tyres and chip away at it and pass for the lead,” Verstappen said.

“But then of course, also, maybe a tiny bit lucky with (Leclerc’s) retirement. I think nevertheless our car was really quick today and could have closed that gap.”

Red Bull went 1-2 in the race with Perez finishing second, while Mercedes were third and fourth with George Russell and Lewis Hamilton.

Perez, who won in Azerbaijan last year, said Red Bull made the “right call” not to let him fight Verstappen for the win and said he struggled with worn tyres.

Ferrari had a terrible day as both Leclerc and teammate Carlos Sainz Jr. failed to finish, as did the Ferrari-powered cars of Zhou Guanyu and Kevin Magnussen.

It was the first time since the Italian Grand Prix in 2020 that the Ferrari team had to retire both cars.

The slump in Ferrari reliability comes as Red Bull seem to have solved their own issues.

Verstappen and Perez both ground to a halt in the opening race of the season in Bahrain, Red Bull’s first race since bringing engine production in-house for 2022.

Verstappen now leads the standings by 21 points over Perez, while Leclerc dropped to third and is 34 points behind Verstappen.

Seven-time champion Hamilton has complained of back pain from the Mercedes’ tendency to bounce at high speed, and he was holding his lower back as he gingerly climbed out of the car on Sunday after finishing fourth.

Pierre Gasly was fifth for AlphaTauri and Sebastian Vettel sixth for Alfa Romeo.

Fernando Alonso of Alpine held off the McLarens of Ricciardo and Lando Norris to finish seventh, while Alonso’s teammate Esteban Ocon was 10th.