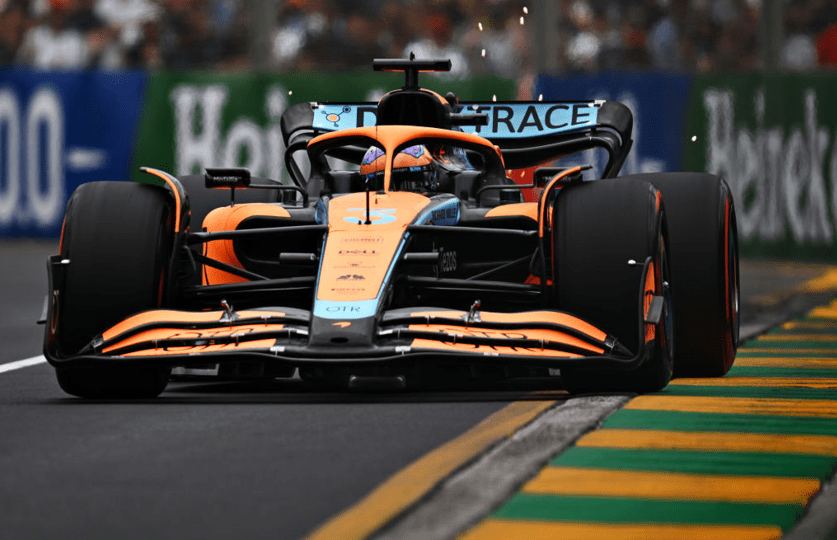 Australia’s Daniel Ricciardo made ground on his Formula One rivals as his McLaren teammate Lando Norris topped times in the last practice session at the Australian Grand Prix.

Ricciardo clocked the sixth-fastest lap during Saturday’s practice session at Albert Park in Melbourne after being eighth and 10th in Friday’s two practices.

McLaren’s Norris (one minute 19.177 seconds) was the fastest during an eventful final practice ahead of qualifying later on Saturday.

“I just don’t get why I am spinning,” Verstappen said on his team radio.

“It’s really hard to feel the balance at the moment.”

Ricciardo and Noriss’ performances in McLarens have raised hopes they may not be as far off the pace of Ferrari and Red Bull as initially feared.

His teammate Sainz ensured Ferrari claimed double-podiums in the initial two races with a second placing in Bahrain and third in Saudi Arabia.

After two races, Leclerc leads the drivers championship with 45 points, followed by Sainz (33) and Verstappen (25).

Naomi Osaka ‘not sure I play Wimbledon’ after French Open loss
Tiger Woods’ Masters comeback stumbles a little, but he stays in the hunt
Today's Stories