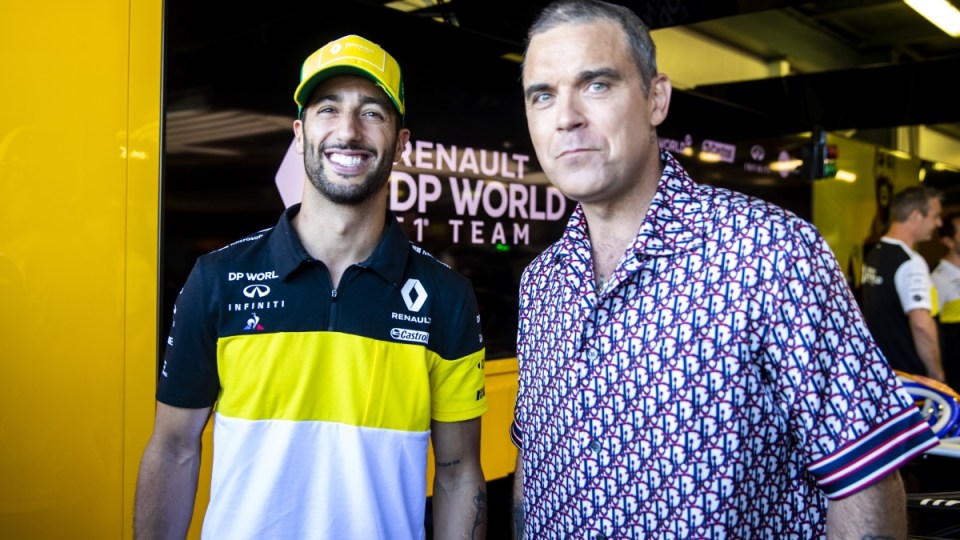 The Australian Grand Prix is being sued over the cancellation of a Robbie Williams concert in 2020. Photo: Getty

The Australian Grand Prix Corporation is being sued for $8.7 million over the cancellation of the concert, which was part of the Melbourne race’s events.

The grand prix returns to Melbourne this week for the first time since COVID-19 up-ended the world.

Williams was paid $1.94 million to headline the first World Tour Melbourne concert event on March 14, but both his show and the race were cancelled on March 13 as racegoers lined up to enter the venue.

World Tour Melbourne has filed a claim for damages in Victoria’s Supreme Court.

WTM is part owned by controversial Oscar winner Will Smith, who last week slapped host Chris Rock at the Oscars event in Los Angeles after the comedian made a joke about Smith’s wife Jada Pinkett-Smith’s shaved head.

Pinkett-Smith, who was diagnosed with alopecia in 2019, is also a part-owner of WTM.

The British company alleges the Australian Grand Prix Corporation breached legal obligations by cancelling the performance at the last minute.

WTM was notified by Grand Prix organisers in a conference call at 1.30pm on March 13, 2020, that the race and performance would not be going ahead.

Public announcements were made later that day.

The two organisations had entered a live music agreement for the grand prix on January 9, 2020.

Williams had been hired on December 19 to headline the Saturday night performance, with Miley Cyrus later contracted in February.

WTM has made a $7.59 million claim for the costs involved, as well as $1.128 million in estimated lost profits.

Costs include the talent fee for Williams’ performance. No fee is listed for Cyrus or support acts including Pete Murray and Seb Fontaine, but The Veronicas – who were due to perform as a support act on March 13 – received $3125.

Production and event costs added up to more than $2 million in addition to nearly $65,000 for the venue rental.

WTM is seeking a judge-alone trial.

‘An outlet to express ourselves’: How skaters are shredding those ugly stereotypes
Sebastian Vettel out of Bahrain GP due to COVID-19
Today's Stories