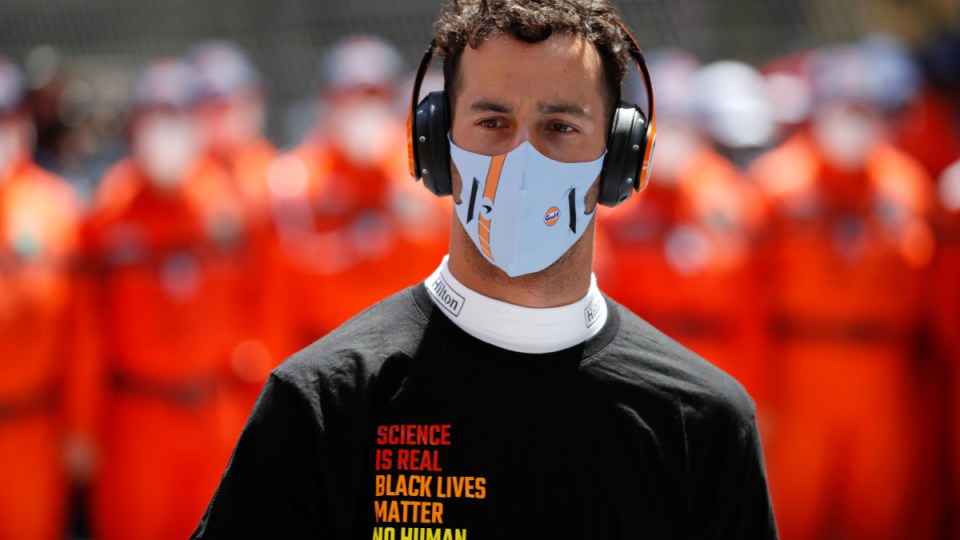 Daniel Ricciardo says three consecutive race weekends will give him a great chance to build confidence in his car. Photo: Reuters

Australian Formula One driver Daniel Ricciardo says the first of the season’s triple-headers is the perfect opportunity to find consistency after a sluggish start to his campaign.

In his first year at McLaren, the seven-time race winner has struggled for pace more often than not on race weekend.

After six races Ricciardo is 10th in the drivers’ championship on 26 points, with a best result of sixth at the Emilia Romagna and Spanish grands prix.

By contrast, teammate Lando Norris has been one of the stars of the season thus far.

Norris has finished in the top five in all but one race and achieved podium finishes at Emilia Romagna and Monaco.

The 21-year-old Briton has looked the best of the two drivers in the McLaren, and sits fourth in the drivers’ championship with 66 points.

Ricciardo is hoping to turn the tide on his teammate, and the rest of the field, when Formula One returns to the track for the first of three grands prix being held on consecutive weekend.

The Australian said he is hopeful to be back at his best after spending and extended period of time in the car.

“Three back-to-back races can be seen as a challenge, but it’s also a great opportunity to get continuous time in the car and really build on the progress we’ve made so far,” Ricciardo said.

“Being able to consecutively put more miles in over the next three weekends, combined with the work we’ve done in the simulator will hopefully get us to a good place and continue to build my confidence in the car.”

This weekend’s race in France at the Circuit Paul Ricard is hoped to play more into Ricciardo’s hands.

The last two grands prix, held in Monaco and Baku, were street tracks where the Australian finished a disappointing 12th and ninth respectively.

Circuit Paul Ricard is a purpose-built racing track, with huge runoff areas that will provide a more forgiving environment for the drivers if they make a mistake.

With the threat of narrow barriers no longer an issue, Ricciardo said his aim was to “try and make everything click” as he tries to narrow the 40-point gap to Norris.

“I’m looking forward to racing at Paul Ricard this weekend,” he said.

“It’s a much more conventional and forgiving track than Baku that also comes with slightly fewer risks.”