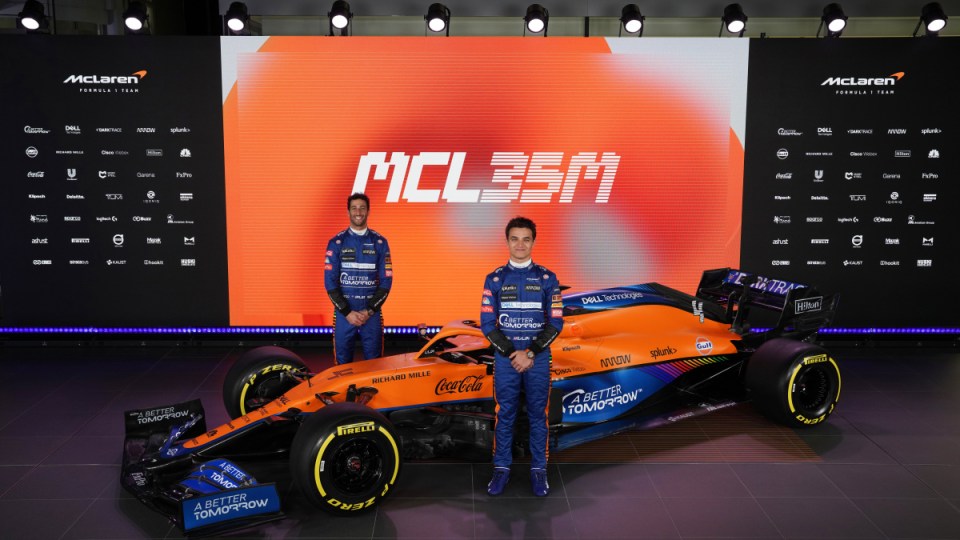 Australia’s formula one star Daniel Ricciardo unveiled his new McLaren car to the world and said his three-year contract with the storied British team would give him his best chance of being world champion.

After a two-year stint with Renault, where he secured that team’s first podium place since 2011, the 31-year-old said he hoped his time at McLaren would put him in contention to be world champion.

In an early Tuesday morning zoom call Ricciardo told Australian journalists his goal was to keep working until he could achieve his goals.

“I certainly don’t want to drag it out until 40,” he joked about his looming veteran status in a field of young up and comers.

“I certainly hope I’ve achieved it [a championship] before then … I don’t want to say it’s my last chance, but it’s a big chance. I’m one that I certainly want to want to make the most of it.”

Ricciardo has been paired with British young gun Lando Norris, with the two having amused the formula one paddock in recent years with a series of pranks and laughter-filled media calls.

But the Australian is all too aware that while his young teammate has years on his side for the ultimate success, his time is running out.

“Right now, I certainly feel like I’m still on that good level of like my prime and that wealth of experience,” Ricciardo said. “So, I definitely want to make it happen sooner rather than later …

Asked by The New Daily if last year’s pre-season isolation on his farm in Western Australia had reinvigorated his training regime, Ricciardo said the experience was “the most kind of peace and kind of privacy that I’ve had since I was a kid”.

“I had Michael, my trainer there with me and it was, it was like boot camp, but then perfect boot camp, you know, uninterrupted. So I probably won’t ever get that again.

“But I took a lot from it and I think that in itself gave me some longevity. You know, it gave me a chance to really reset, but also like rebuild, let’s say my body to get me through kind of these next few years.”

Ricciardo said the rescheduled season calendar in 2020 and this year had also brought the excitement of new circuits – some that he’d raced on as a less-experienced driver.

“It was cool … I mean, like Mugella in Italy, that was one which I was so excited to go back to. I’d raced [there] in 2007, I think it was my first year in Europe. So there was a lot of like early memories that came back.

“You know, we went back to Portugal, which is where I actually won my F3 championship, which was more than 10 years ago … which certainly hit some sentimental spots for me.

“And yes, I’m in my 30s now, but the motivation is certainly still there to keep doing this at a high level. I think the beauty of it is I truly, truly don’t believe I’ve achieved everything I wanted yet.

“Race wins are great and I value them, but there’s certainly more to come.”

Ricciardo restated his hope that the rescheduled Australian Grand Prix in Melbourne would be able to go ahead come November.

“If by going there in November means that we can kind of do it properly and maybe get the fans back and let’s say, have a real experience of the Aussie Grand Prix, then I’m all for it,” he said.

“Let’s be a little bit patient and then, and then do it properly … So hopefully the world is more normal then, and we can have a proper crack.”