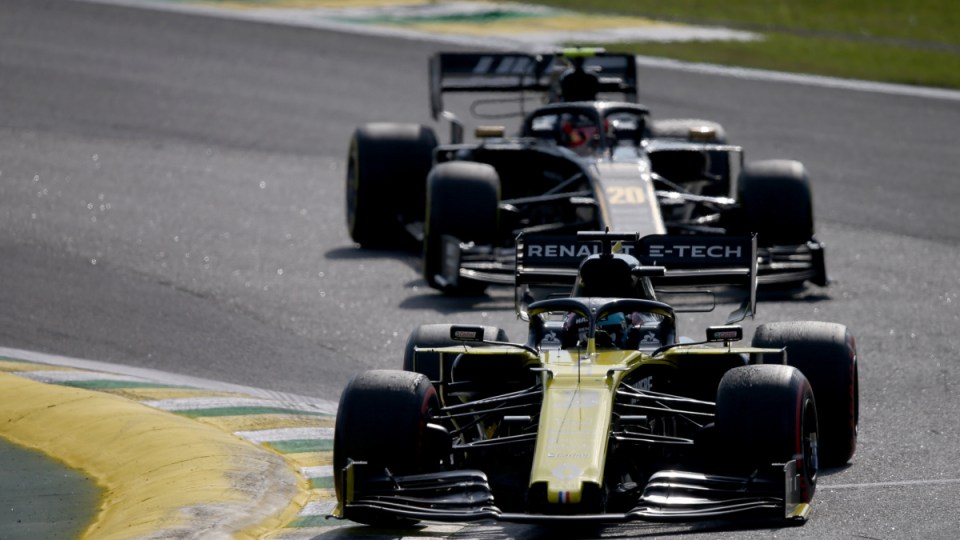 Daniel Ricciardo has been labelled a "f***ing idiot" by Kevin Magnussen after the collision at the Brazilian Grand Prix. Photo: Getty

Daniel Ricciardo has been labelled a “f***ing idiot” by Kevin Magnussen after a collision between the two drivers at the Brazilian Grand Prix.

The Danish driver was heard providing the colourful description on his team radio after the episode, which came during an incident-marred event at São Paulo.

Australian Ricciardo tried to overtake Magnussen down the inside of turn four but their cars made contact with the Haas driver spinning off the track.

“I take responsibility for the incident with Kevin. It was close, but I went into him and he spun. Sometimes you can do that and it works, but sometimes you touch wheels,” Ricciardo said.

Officials ruled that Ricciardo was out of control as he tried to overtake Magnussen on lap eight and he was given a five-second penalty, which was added to his second pit-stop on lap 40.

The Renault ace dropped to last after his pit-stop, which included a right wing change due to the damage from the earlier incident and his stop-go penalty.

“In that situation you think the race is over, but we kept our heads down and managed a really strong race,” Ricciardo said.

However, two safety cars during the final 16 laps helped Ricciardo progress through the field to finish seventh – which was later promoted to sixth when Lewis Hamilton was relegated for tangling with Red Bull’s Alex Albon.

“The safety car restarts were fun and it was good out there. There’s one more to go now and I’m excited for that,” Ricciardo said.