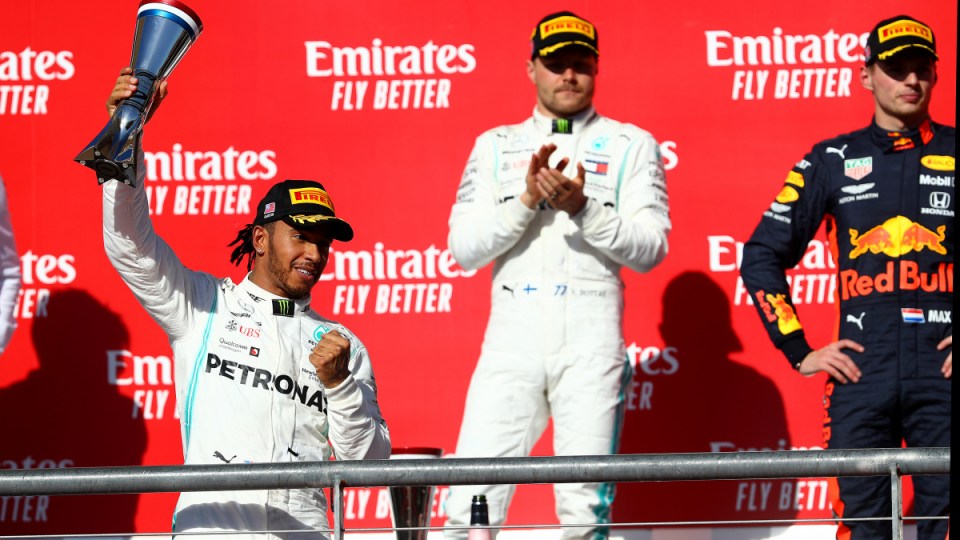 Lewis Hamilton has claimed his sixth Formula 1 world championship title by finishing second at the US Grand Prix at the Circuit of the Americas in Austin, Texas.

The 34-year-old Hamilton finished in second place in the race behind teammate Valtteri Bottas, after nursing his tyres on a one-stop strategy.

He was overtaken late on by Bottas, who was on fresher tyres and had to win to have any chance of extending the title race to Brazil in a fortnight’s time.

Red Bull’s Max Verstappen took third place at the Circuit of the Americas with Australian Daniel Ricciardo sixth for Renault.

It is his third title in a row and makes him the second most successful F1 driver of all time, one behind seven-time champion Michael Schumacher and one clear of Juan Manuel Fangio.

A great day for @ValtteriBottas 🇺🇸🏆

“Still we rise guys, still we rise,” Hamilton said on team radio after the race

“It’s overwhelming if I’m honest. It was a tough race today and yesterday was a difficult day for us – Valtteri did a great job so congratulations to him,” Hamilton said in a trackside interview.

“My mum, dad, step-mum and step-dad and my family are here and it’s an honour to be here [with six] with those greats.

“My dad told me when I was like six or seven never to give up and that’s kind of the family motto.”

Bottas was able to celebrate his fourth win of the season and his seventh of his career.

“Only thing I could have done in terms of the championship race, the rest was up to Lewis.

“Big congratulations to him. I personally failed on my target this year but there is always next year.

“He deserves it. He’s a great champion.”