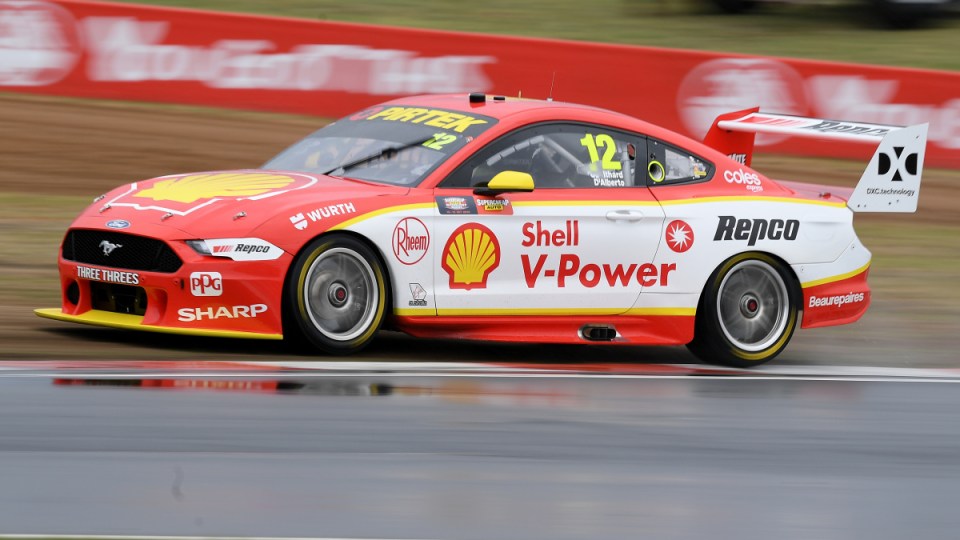 Fabian Coulthard has been penalised for his tactic at Bathurst. Photo: AAP

McLaughlin emerged unscathed but Ford teammate Fabian Coulthard was demoted from sixth in the Bathurst results to 21st after his safety car “go slow”, effectively relegating him to last after five of the 26-strong field failed to finish.

The CAMS decision drops Coulthard from third to fourth in the drivers’ series. He is 907 points adrift of McLaughlin, who was no doubt breathing easier on Sunday.

There were fears McLaughlin may be stripped of his maiden Bathurst win when officials announced the results would remain provisional after initially charging his team with breaching team orders regulations over Coulthard’s safety car controversy.

A then third-placed Coulthard copped flak after he dramatically slowed down during a safety car period – in which cars can’t overtake – and held up the Bathurst field behind his teammate McLaughlin with 26 of the race’s 161 laps left.

DJR Team Penske initially claimed it asked Coulthard to slow down due to debris on the track and concerns for an overheating engine.

But Supercars legend Larry Perkins slammed the team, saying its tactics were “disgraceful”.

The CAMS verdict stated that officials were “prepared to assume that there was no intention to advantage Car #17 (McLaughlin)” when DJR Team Penske ordered Coulthard to slow down.

But CAMS CEO Eugene Arocca said the team was still found guilty of breaching the FIA’s obligation of fairness regulations by slowing down, hitting it with the heaviest penalties that could be applied for the offence.

“The penalty issued today regarding the breach of the FIA International Sporting Code Appendix B reflects the serious nature of the incident that took place at the Supercheap Bathurst 1000,” he said in a statement.

The CAMS verdict said Coulthard was also penalised because he was “deemed to be somewhat complicit in the breach”.

It is another blow for Coulthard, who has received vile social media attacks since the controversy.

“After reviewing data from Car#12 (Coulthard) following the Bathurst 1000 with the stewards and deputy race director, DJR Team Penske accepts the penalties issued related to the FIA International Sporting Code,” it said.

“The team will be making no further comment at this time.”