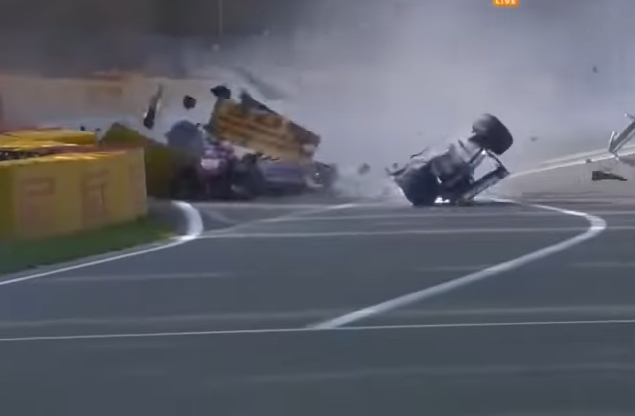 four weeks after being injured in the crash which killed French racer Anthoine Hubert, Formula Two driver Juan Manuel Correa will undergo more than 10 hours of surgery in a bid to save his mangled right leg.

The Ecuadorean-American, who was taken out of a medically induced coma last week, was “fully conscious”, a statement issued by his family said, with his lungs having recovered enough for doctors to attempt the surgery.

Doctors had given Correa the option of a “reconstructive amputation” of his right foot, but the 20-year-old had decided to proceed with the surgery.

“Sunday’s surgery will be crucial in determining Juan Manuel’s future,” said the statement.

“During surgery, they (doctors) will save what can be saved and remove what needs to be removed in order to rebuild his right lower leg to the best possible condition.

“The surgeons are the top in their field and are cautiously optimistic, given the fast-paced recovery that Juan Manuel has had in the previous week.”

Hubert died when his car was hit at speed by Correa’s after the French driver crashed into the barriers and came back onto the track at Spa’s fast Raidillon corner on August 31 during the Belgian Grand Prix support race.

He was the first driver killed at a Formula One race weekend since Ayrton Senna and Roland Ratzenberger in 1994 at Imola.

Correa suffered a spinal injury and fractured his legs in the crash.
He was transferred from Belgium to a specialised intensive care unit this month in London and was moved earlier this week to another hospital specialising in orthopaedic surgeries.